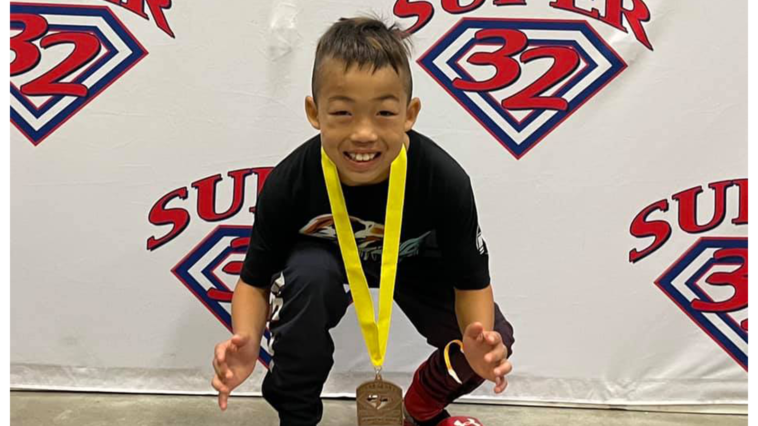 31 Texas wrestlers invaded Greensboro, North Carolina this weekend with a mix of high school, middle school, elementary, and girls. Competing in arguably one of the toughest tournaments in the nation. It took the one girl and the elementary wrestlers to make it through the large brackets to place. The high school boys did however have larger brackets with the largest bracket at 256 man at the 138lb class. The high school boys didn’t fair to well at this event with most of them going 0-2. Trebor Moreno of El Paso Eastwood had the best record going 3-2 before making his exit. Definitely a gauge to where they need to get competing against the east coast champions and nationally ranked wrestlers.
The middle school boys had the same results as the high school boys, however the elementary wrestlers 3 of the 4 placed. The Ferrari brothers, Gino and Vinny, yes there is more of them, both took a 5th place finish. It was Paxton Fellows “cover photo from facebook” who had the highest finish in the boys placing 4th. Fellows lost his first match to the eventual champ and wrestled back the consolation side to reach the 3rd place match. Gino Ferrari made it to the quarter finals before dropping his match to the eventual 2nd place finisher. Vinny Ferrari made the semi finals before dropping his match by a 4-2 decision placing him into the consolation semi finals where he dropped another close one before taking the 5th place medal.
Caitlyn Flaherty was the lone Texas girl making the trip and she wrestled her way to a 4th place finish.