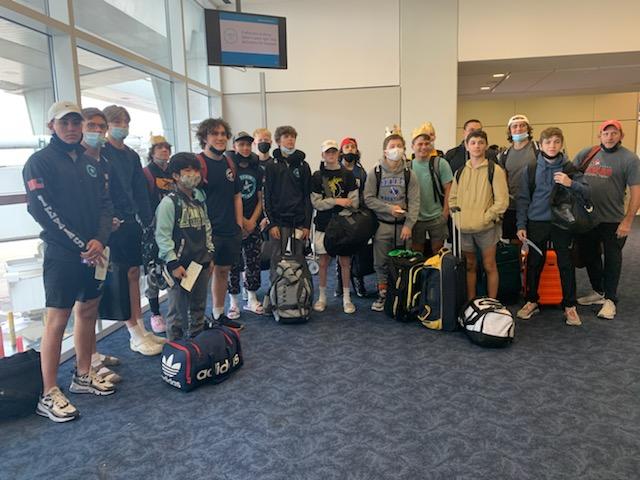 The 14U and 16U Team Texas dual teams have invaded Indiana for the 14U National Duals and the 16U National Duals “Formally Cadet Duals”. Team Texas 14U is competing in Franklin IN. at the Franklin community HS and the 16U is competing at the Grand Park Sports Campus in Westfield IN. Both teams will compete in the Greco Roman and then Freestyle duals starting Thursday and ending Sunday at their locations.

The 14U Team is made up of a 17 man roster and is starting out in the Greco Roman division in Pool A and will have Team Ohio up first. This team has a lot of top notch wrestlers including Zayn Navarrete who just won at Southern Plains last weekend along with Oregon Native Bryson Huber. The coaches for this team will be Steve Horton and Joe Forsman.

The 16U Team Texas is made up of 2 teams. Team Blue and Team Red. Team Blue is the smaller team with only 11 wrestlers and Team Red is loaded with all 17 weights being accounted for and loaded with state placers. Ian Abdallah is the highest HS state placer here but its loaded with Jeremy Manibog and Grayson Carpenter as well as other top 16U wrestlers. Team Red in Pool B will have the top team of Illinois in their first match and win or lose will have the winner or loser of Georgia Red or Minnesota Red. 16U Team Blue has some top notch wrestlers to watch in Karson Tompkins and Bronson Baxter. Andrew Clayton just came off a double runner up placing at Southern Plains last week. Coaches for the 16U are Vinnie Lowe, Dean Manibog, Ray Bedford, and Ryan Sheeren.

Team 16U Photographer Farrah Sheeren will be capturing the 16U action for Wrestlingtexas and the live coverage will be on www.trackwrestling.com.