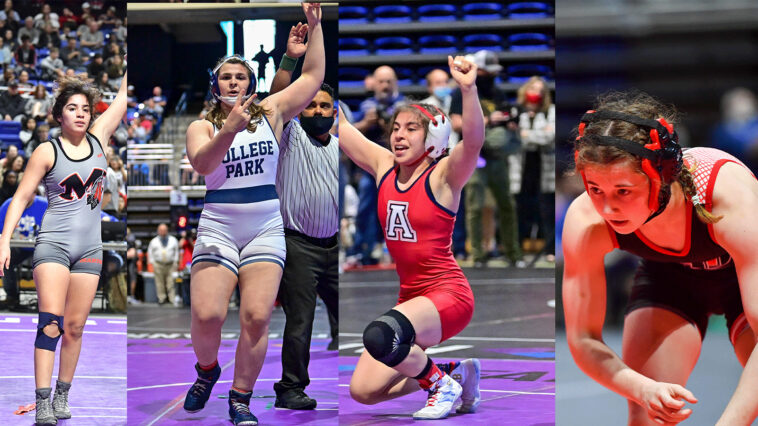 Starting tomorrow Tulsa Oklahoma will become the battle ground for the Texas women to showcase themselves in the National Junior Duals. It has been 2 years since the Women’s Team Texas has gotten to compete. Texas has a lot of women 35 in all and enough to roster 3 teams not counting the 14U girls. In 2019 Texas just fielded 2 teams with the top team placing 3rd overall and the 2nd team placing 15th overall.

The 1st team for Texas, Texas Black is the loaded state champ team with 7 state champs out of the 14 weight classes and 5 other state placers or qualifiers. Should be safe to say that Samara Chavez, Brittyn Corbishly, and Hannah Francis are leading this team being the #1 Nationally ranked girls as well this year. Corbishley, Francis, Aubrey Yauger and Avery Ashley was apart of the 2019 Blue Team while Eliana Martinez, was apart of the Texas Red Team so they are familiar with the scene.

The 2nd team for Texas, Texas White has a full team of 14 wrestlers as well with 1 state champ and nationally ranked wrestler in Avery Beckman but she does have back up with 8 other state placers or qualifiers competing with her.

The 3rd team for Texas, Texas Blue has only 8 girls on the team with no state champs but has 5 of the 8 as state placers or qualifiers with Jocelyn Lass the highest placer at 3rd. They may not win many duals due to giving up forfeits but I can see them gaining all team all American.