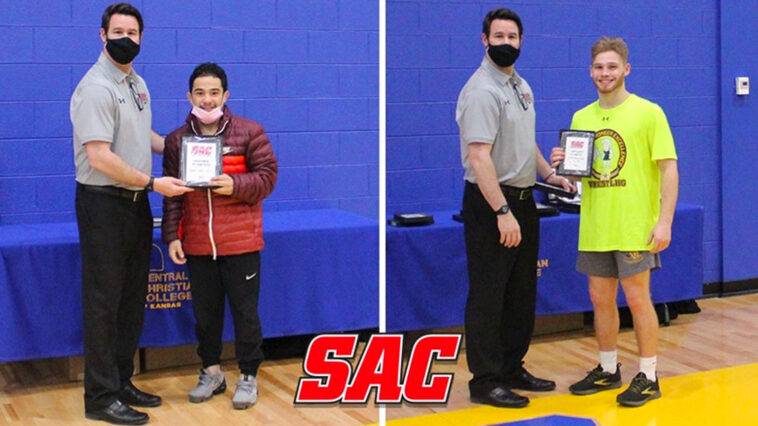 The tournament was held in conjunction with the Kansas Collegiate Athletic Conference with the best finishers from each conference crowned champions.

The Rams racked up 145.5 total points, 12.5 points ahead of second place and last year’s winner (No. 17) Oklahoma City and 25.5 points more than third place Wayland Baptist. Ottawa University had the most points with 157, winning the KCAC title.

Pleasant was also named Wrestler of the Year and Freshman of the Year. He went 13-3 this season, and in the finals, he won over Jaxen Gilmore (Oklahoma City) in an 8-3 decision.

Doyle is 10-7 in his sophomore campaign and won over Jesse Daniel Perez (Ottawa University) in the finals by sudden victory in overtime 12-10. Doyle had the most single match points at the tournament with 19.

Ida has an 8-5 record his junior season and fell to OCU’s Drake Vannoy in a 7-0 decision. Ida had two pins during the weekend.

Head coach Ray Bedford was named Coach of the Year.

The NAIA Wrestling Championships will take place March 5-6 at the Hartman Arena in Park City, Kansas.