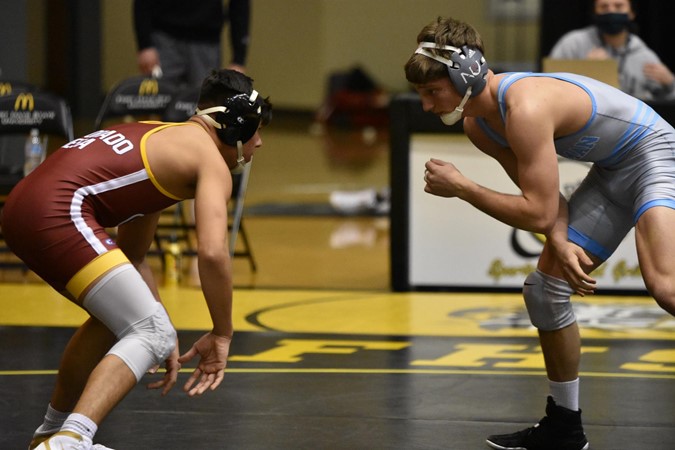 There is often a lot of conversation in the wrestling world about getting a D1 program into the state of Texas. Wrestling is growing in the state and they’ve added the sport at Wayland Baptist and Texas Wesleyan but the wrestling world is still waiting to see a D1 program make the move. Many often bring up the University of Texas or Texas A&M as options. Both athletic departments have massive amounts of money and have had wrestling programs at one point.

The University of Texas gave Oklahoma State, the most historic program in the sport, their first loss first loss back in 1914. And A&M had a program that was coached by the son of legendary Oklahoma State coach Art Griffith in the 1950s.

There’s no doubt that either of those schools adding a program would make the biggest splash for the sport. Those brands have a massive reach and a following that would do wonders for the “wrestling brand” in Texas and across the country.

There are many reasons it could make sense for either program to do it. Texas has the Longhorn Network that’s in need of content, they’re in the Big 12 and already have built in rivalries with many good wrestling programs in their conference like Oklahoma State and Oklahoma, and with the budget they have could hire a good coach and quickly field a competitive team.

Though I’d love for it to happen, there are a lot of reasons to not expect it to. Both athletic departments have the funds to do it, but in the arms race of college football and basketball, it just seems unlikely that they would be willing to dump their money into starting a wrestling program.

So what’s the best option?

Wrestling has taken a hit at the D1 level, largely due to the fact that schools are putting more and more money into their revenue sports of football and basketball.

It’s growing at the smaller school level though. Non-D1 schools use it as a recruiting tool to grow their student body by adding programs. It’s a fairly inexpensive sport and not especially complex to start. So why not push to add wrestling at one of the smaller D1 programs in Texas?

The reality is, schools like Texas or Texas A&M have such an enormous brand that the addition of programs for them probably does more for wrestling than it does for the school. But with smaller schools, it can have a bit of a mutually beneficial impact.

Arkansas was another state in a similar position to Texas a few years ago. The sport had gained some traction at the youth level, they eventually got a few college(non D1) wrestling programs, then came Arkansas-Little Rock. A mixture of momentum from the sport, influence from fans, and a large donation from Greg Hatcher got Arkansas their first D1 Wrestling program.

For a smaller school like Little Rock, it has done big things for their brand. Their wrestling Twitter account has a bigger following than any other program on their campus. Wrestling fans everywhere have been talking about them and just two years into their program, they’ve been able to host schools with big national brand names like North Carolina, Arizona State, Oregon State, Oklahoma State, Oklahoma, Stanford, and others. They’ve become an affiliate member of a Power-5 conference in the PAC-12, people stream their matches, they buy Little Rock wrestling gear, and much more. People have really taken notice of this new program.

So not only did the school add a number of student-athletes that they would not have without the addition of a wrestling program, similar to what we’ve seen with non D1 schools. They’ve also expanded their brand massively as fans of the sport and all these other schools have come to know more about the school because of their wrestling program.

All those selling points apply to any D1 school in Texas that would add a wrestling program. Wrestling people are going to buy their stuff and stream their matches. Programs like Oklahoma State and Oklahoma are going to compete with them. They’re probably going to join a Power-5 conference as an affiliate. And Texas as a state has a lot of talent that the school could keep in state and could help quickly create a viable program.

Those things don’t mean a lot to big school like Texas or Texas A&M, but do to smaller schools like Dallas or Houston Baptist, UT Arlington, Incarnate Word, any of the schools in the Southland Conference, Prairie View A&M, Sam Houston State, Texas Southern, Texas State, UT Rio Grand Valley, and on and on. Wrestling would benefit those schools and those schools would benefit wrestling.

The continued growth of women’s wrestling will also play a pivotal role in this conversation. The state of Texas is a powerhouse in women’s wrestling and two Division 1 schools now have women’s wrestling program. As that trend continues it could do a lot to entice a school to add wrestling, as a women’s team full of Texans would quickly mirror the state’s strength and be a powerful D1 program.

Wrestling needs to find that type of school in Texas to market a wrestling program to. Along with it they would need to find donors, an interested alumni base, fan support, and maybe even a bit more to package together to make it happen. Thankfully Texas has a number of those things at this point.

For my money, a push in the Dallas area makes the most sense. There are a lot of good high school programs in that area, namely Allen which puts out lots of D1 talent, along with Arlington Martin and a number of others. That means a lot. That creates a talent pool to recruit from, that creates a fan base that will come and attend duals, and a community that will support a program. Those things are important in this conversation.

It would be great for wrestling if a school like Texas or A&M added wrestling but the most reasonable road map getting wrestling in Texas is following the path of Arkansas and making it happen at a smaller school.