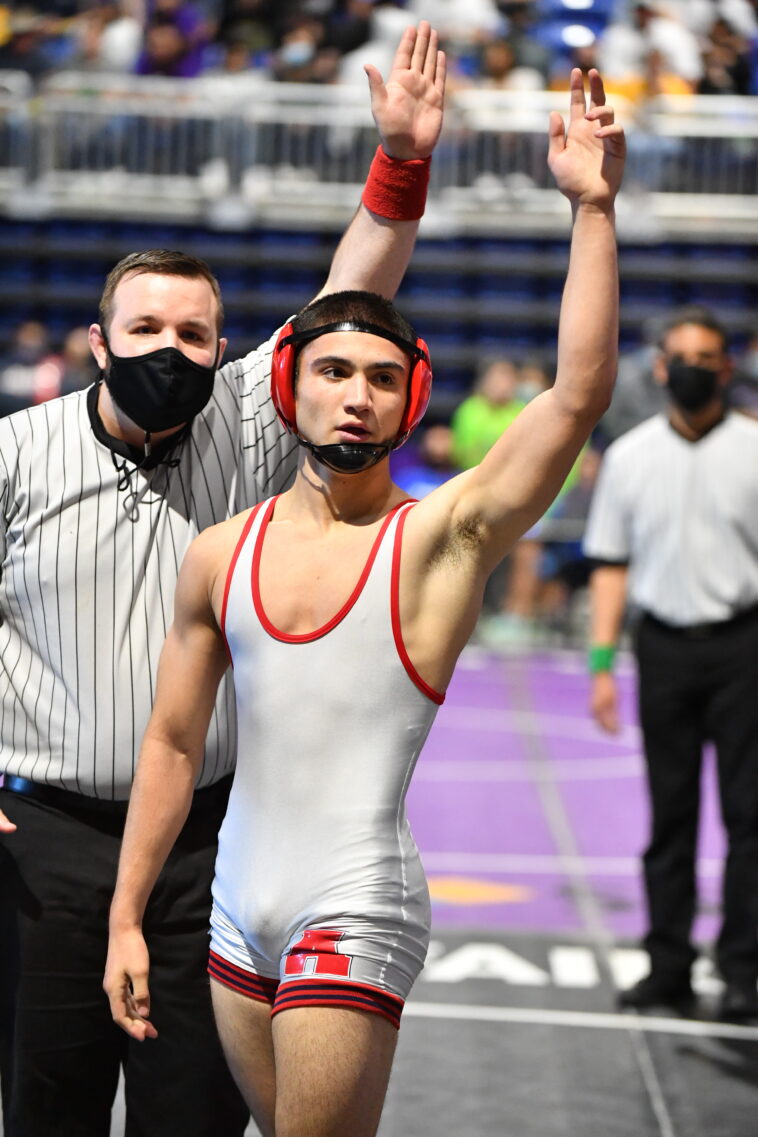 This weekend capped off the final tournament for Texas wrestlers to qualify for Team Texas and National qualifiers for Fargo the Junior and 16U Nationals. With 77 wrestlers competing and Texas own Kat Balch doing the Kat Calls announcing for the tournament one would think you was still in Texas and not Kansas.  The tournament started off with Greco Roman on Saturday and Texas had 29 entries in the event claiming 16 placers with 1 champ, 7 runner ups, 5 3rd placer finishers, and 3 4th place finishers.  The girls freestyle also wrestled along with the Greco Roman tournament Saturday and Texas had 5 girls enter the competition with all five placing top 4 with 1 champ.  Sunday brought up the freestyle tournament which also brought out more wrestlers.  Texas had 43 freestyle wrestlers entered but only placed 12.  Texas had 2 champs, 2 runner ups, 5 3rd place finishers, and 3 4th place finishers.

Below we break down how the champs got it done.

Zayn Navarrete of NB Elite not only won a Freestyle Southern Plains Championship at 14U-102lbs going 3-0 and not even wrestling 2 full minutes in all combine matches but also wont the 2021 Cairns/Stormo Distinguished Wrestler Award given to one wrestler per state.  The Award represents Bob Cairns a pioneer in the development of youth wrestling programs in the southern plains region.  Bob had an unselfish dedication to and love for the sport.  David Stormo worked closely with Bob in those early years and shared his philosophy, working as an official for 36 consecutive years at this tournament.  The award is awarded to those who have shown the effort and attitude that both would have been enthusiastic about. Congratulations to Zayn Navarrete.  Navarrete took 2nd in the Greco Roman Division.

Kade Moore of Best Trained Wrestling the 6A-126 UIL State Champ, bumping up to wrestle 138lbs went 4-0 beating state champs along the way in a bracket full of state champs and state placers to his Freestlye Southern Plains Regional Championship. Moores first match was a tune up against an Arkansas wrestler, then the 2nd match was senior Kage Lenger a Liberty Missouri class 4 State Champ at 138lbs.  Then Drew Bell a 3-2-1A-132 Kansas State Champ in the semi finals. Then with the fall in the finals over junior Eli Ashcroft another Missouri State Champ this one a Class 3 Champ from Kearny at 132lb for the 138lb Southern Plains Regional Champion.

Bryson Huber of Vici Wrestling Club wrestling in the 14U-136 division went 3-0 and claimed himself a Greco Roman Southern Plains Regional Championship by beating a Missouri 12U state champ Elijah Avery in the finals by 12-10.  Huber placed 4th in Freestyle.  Special Note: Huber is from Idaho, wrestling for Coach Forsman whom is also from Idaho but representing Texas this weekend.

Below is how all the Texas wrestlers faired.