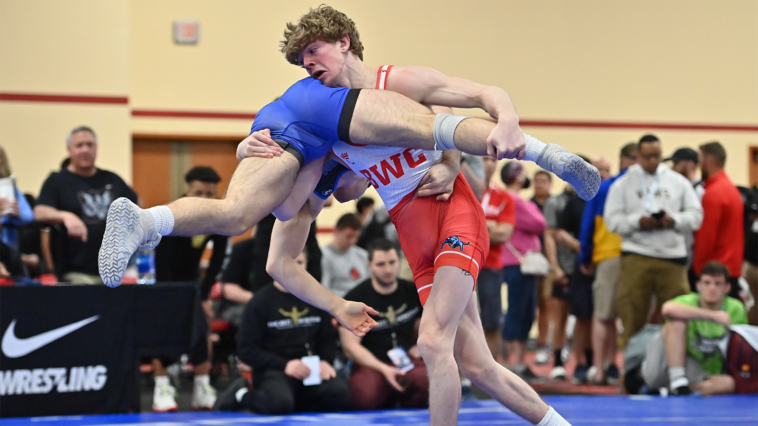 86kg Nick Reenan wrestling for the Wolfpack Wrestling Club a Highland Park HS state champ and multiple Fargo National Champ was the #2 seed and gets upset the first match by Marcus Coleman of Iowa, who went on to make the finals.  On the consolation side Reenan then reels off 7 consecutive wins to take a 3rd place finish.

6 other Texas wrestlers made the trip but didn’t place.

57kg Troy Spratley wrestling for Texas Pride Wrestling Club a nationally ranked wrestler who was a part of the Plano West HS, but never got to shine in Texas UIL due to injury.  However going 5-0 Spratley is proving his national ranking isn’t a fluke by making the finals and getting the win 9-0 to qualify for the best of 3 matches to make the world team.