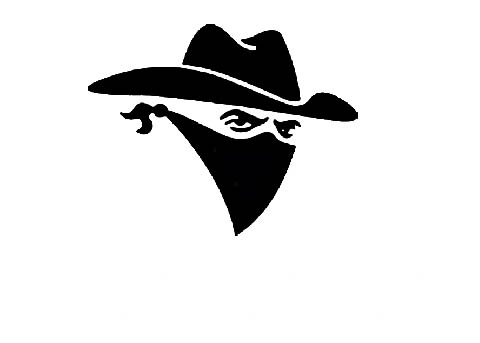 Texas Outlaw has been known for the toughest tournament in Texas bringing State Champs, Placers, and Qualifiers from all around the State to compete.  This year is no exception, 7 of the #1 ranked wrestlers in the state will be in attendance.
The Outlaw Tournament is Pool style tournament the first day and a bracket tournament the 2nd day.  The top 2 wrestlers of each Pool will fill out the Gold Bracket, Next 2 wrestlers will fill out the Silver bracket and so forth, each wrestler should get a min of 5 matches, some will get as many as 10 in the 2 day tournament.

Wrestling starts at 9am Friday and 9:30am Saturday

Below is a weight by weight break down of what you could see.

106
#1 ranked Braxton Brown from Allen could be up against #3-5A ranked Diego Serna from Mission Sharyland Pioneer who is currently undefeated.  #5-6A Jackson Crandall the freshman from Katy has been climbing the leader board as well as #10-6A Owen Hollaway of Southlake Carroll.

113
#2-6A ranked Parker Decker of Keller headlines this weight.  #6-5A John Richardson of Prosper is the next highest ranked wrestler followed by #7-6A Noah Gochberg of Vandegrift.  Wrestlers with just 2 losses as well with #9-6A Emilo Acosta of Franklin, Cade Morgan of Plano West, Kalen Napier of Weatherford, and Brodie Dyer of Dripping Springs.

120
Top ranked wrestler here is #3-6A Preston Parker of Keller.  #4-6A and undefeated Kobe Nelms of Franklin will look to go ahead in the rankings.  The twist at this weight is former #1-6A Noah Yeamans who has been out most of the season and ranked currently at #6 will make his debut here, with team mate #3-6A @113 Gabe Martinez  both of Allen.  Is this a wrestle off for Allen?  Will Yeamans reclaim the #1 spot? or will Nelms stay undefeated?  Weatherford’s Alexis Espinosa and Cinco Ranch’s Richie Azbill will try to raise their rankings.  Saturday bracket is gonna be a barn burner.

126
#2-6A ranked Logan Brown of Allen coming off of 2 consecutive weeks of placing at the nations top tournaments could face #7-6A @132 Luke Sloan of Vandegrift who dropped weight classes, Sloan only has one loss on the year along with Mason Woodward of Weatherford.  #4-6A  Adrian Rodriguez of Franklin isn’t on the team list.

132
This weight is wide open, #1-6A James McClain-Green of Franklin should cruise to the finals while the other side of the bracket will be a battle.

138
Dripping Springs All-American #2-5A @ 132 Chase Warden is the topped ranked wrestler here.  Allen #3-6A ranked Conner Wilson and #9-6A  Adrian Zubia of Franklin toughen up this bracket.  Katy’s freshman Truman Timmons has been tearing up the Houston area, he will be tested at this tournament.  Kobi Gomez of Altus Oklahoma only has 1 loss on the year.

145
Now the fun starts, #1-6A @ 152 and undefeated Daniel Manibog of Katy was beaten here last year by #2-6A Trent Dooley of Allen.  Which was avenged at Dual State and UIL State with Manibog becoming the state champ.  Will history repeat? or will 1 loss Brandon Pritchard from Mission Sharyland Pioneer or #9-6A Kalob Jewett of Franklin interrupt.

160
Could be a 5A top ranking battle with #1-5A Tommy Flaherty of Prosper and #3-5A Ryland Kinard of Dripping Springs who is undefeated thus far.  #5-6A Reagan Prevatt of Cinco Ranch will be in the mix.  #1 Juwan Robinson of Allen will be in the State Championship Game for Allen Football.

170
This is #1-6A ranked and nationally ranked Braeden Redlin of Allen’s weight class.  #3-6A Kyle Kretzer of Clear Lake and #5-5A James Wujek of Prosper will test him.

182
With the absence of AJ Ferrari of Allen,  #2-5A Clayton Jetton of Dripping Springs and undefeated #7-5A Dominique Rodriguez of Mission Sharyland Pioneer could be battling for the top 5A ranking spot.  6A’s Zyire Ardoin of Cinco Ranch and up from 170 Jeremy Hatfield of Weatherford  make the scene.

195
#1-6A ranked Jake Johnson of Southlake Carroll is the guy to beat here.  Cabe Dickerson of Altus Oklahoma placed 2nd at state last year.  Juan Montenegro of Irving has only 1 loss for the year as well.

220
#1-6A Jacob Doddridge isnt listed for Southlake Carroll so this weight class is wide open with undefeated and #9-6A ranked Guillermo Lopez of Irving could take it all.  Garrett Pride of Altus Oklahoma is also undefeated.

285
#5-5A ranked Tristan Baugher of Prosper who is undefeated will have Benedict Sipes of Faustina Academy who is #2 prep at this weight.

Wrestlingtexas will be on site both days covering the action, for dedicated photos click here