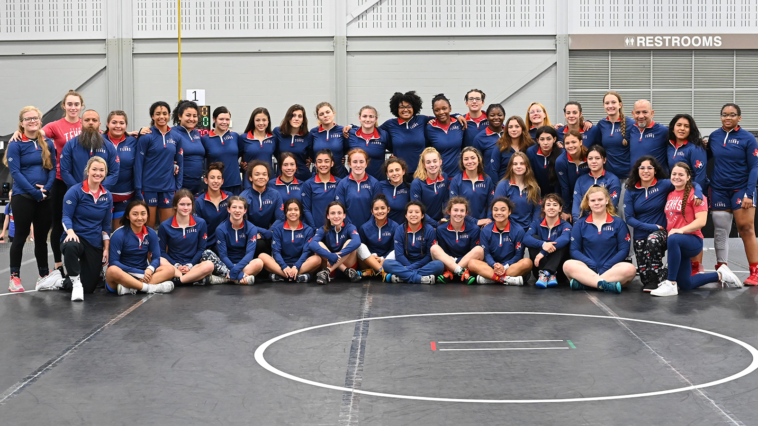 Team Texas started off on Wednesday with 2 different teams with Team Blue and Team Red. Team Blue had the most ranked wrestlers while Team Red still had a solid team. There were 30 teams representing 23 different states. Texas Blue takes 3rd place overall and Texas Red takes 14th overall out of the 30 teams. . 6 wrestlers went undefeated and 4 wrestlers only had 1 loss.

Below we go through some team detail to recap

Texas Blue started off in Pool C with Washington, Michigan Red, Iowa, Kansas, Arkansas, Tennessee, and Pennsylvania Blue. Team blue had Iowa the first round and came away with the win 54-11. This set up a semifinal dual against top ranked Washington. Washington defeats Texas Blue 38-29 sending Texas Blue to the consolation side where they matched up against Arkansas and beat them soundly 62-5 putting them up against Kansas whom they beat handily 43-24 for 3rd place in the Pool. However, Washington ran the table and took first in the pool giving Texas a challenge for true 2nd place against Pennsylvania Blue which again they prevailed with a 44-25 dual win putting them into the Gold/Silver bracket Pool A with California, Missouri, and Colorado. California is the defending National Dual Champs. Texas had Colorado in the their first dual and after a back and forth lead change Texas wins the last match to secure the dual win 34-30. This put Texas up against the returning champs California next. Texas made an awesome attempt trying to knock off California, but California pulls it out 36-25. Texas does take care of Missouri 1, 43-22 to put them in the 3rdplace match with top ranked Illinois. Texas does it again and knocks off Illinois to claim a 3rd place finish.