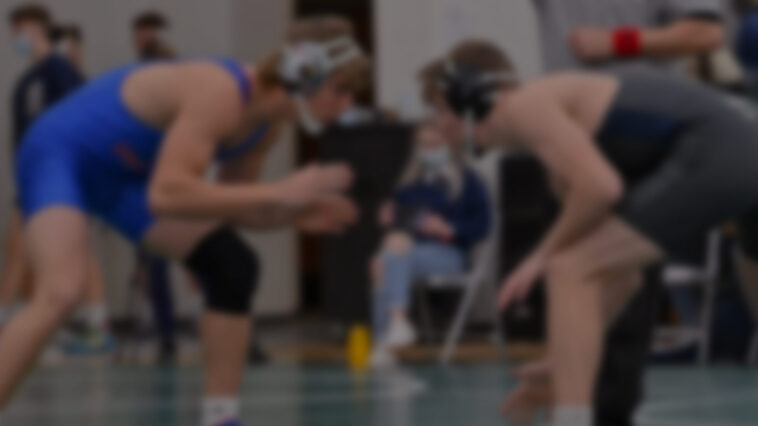 Texas Greco Roman and Freestyle State Championships wrapped up this past weekend and we now have a list of qualifiers for the National Tournaments coming up in June and July.  The top 3 of each event qualify, and any of those who file petitions that couldn’t wrestle in the state tournament, plus any placers placing in the Southern Plains Regional Championships in Mulvane Kansas in a few weeks on June 4th.  There is a few Texas wrestlers going to that event due to having Senior Prom, coming off injury, sick, etc… Important to note that placers at the Southern Plains doesn’t take away from the number of qualifiers but adds to it.  With the cost of Junior and 16U Nationals in Fargo this year it will be interesting to see just how many do go.  We don’t know the exact cost but its more than in previous years.  The dual teams will be much more affordable per wrestler.  Speaking of Dual teams Spartan Mat Club won the overall Greco Roman and Freestyle divisions both in the combined groups.

We start off recapping the the youth division.  The 8U, 10U, and 12U only had more than 3 wrestlers per weight in a few weights in boys and girls.  The girls Greco Roman which is still fairly new just combined the 16U and Juniors and had no youth.

The 8U boys qualified all who entered in both Freestyle and Greco Roman.  The 10U boys had weights 59, 63, 67, and 71 that had more than 3 wrestlers in Freestyle and weights 59 and 67 in Greco Roman.  The girls 10U all qualified.  The 12U Greco Roman Boys was still lacking in a few weights but had 5 weights with more than 3 wrestlers with the 70lb weight having 6 in both Greco Roman and Freestyle.  Joshua Brooks took the championship in both Greco Roman and Freestyle in this weight class.  Freestyle 12U boys 6 weights as well with only 4 more wrestlers total at 40.  The 12U girls all qualified with 5 weight classes.
The 14U divisions for boys in both tournaments had more wrestlers scattered throughout the weight divisions.  Greco Roman had 42 total boys, Freestyle Boys had 56 total boys, with 14U girls having a total of 18.  At 106 one of the larger brackets Andrew Huerta was a double champ along with Jared Remington at the 149lb class both having over 5 wrestlers.  In the girls 14U Nevada Daniels and Jayda Fulp were both champs in this divisions largest brackets.

16U we get more detailed starting with the Greco Roman.  100lb champ 8th grader Aydan Stone Thomas had a close match with 2nd place freshman Kody Tanimoto winning by 3-3 criteria.  106lbs had state qualifier Dylan Milster take the gold here.  113lb champ was another 8th grader Caio Aron 8th grader Tristan Rios.  120lb was freshman and 6A-106 state runner up Ian Abdallah.  126lb was regional placer Anthony Jennings getting the gold.  132lb freshman Jack McDonald only gave up one point on his championship run.  138lb class had an upper and lower bracket with Jimmy Benne the winner of the upper bracket winning it all over lower bracket champ Tristan Fay.  145lb another upper and lower bracket had Stephen Henderson getting beat in the finals match by Jeremy Manibog.  Manibog got the fall in all of his matches. 152lb Keller Lockstedt who didn’t make it out of districts in folkstyle beat state qualifier Andres Solis in the finals for the gold.  160lb had 8th grader Grayson Carpenter who has been beating high school wrestlers all year in open tournaments beat regional placer Matteo Nikolov in the finals.  170lb Isaac Sheeren went un scored upon here on his way to the championship.  182lb regional placer Jarrett Stoner wins the championship here.  195lb Uriel Anchondo gets the gold here.  220lbs goes to Benjamin Vogt and 285lbs goes to Jayce Chew.

Going on to the Juniors we start with the Greco Roman Boys.  The junior boys had 125 wrestlers competing with the heavy brackets more in the middle weight classes.  At 106 Thiago Almeida takes the Gold here over 2 other wrestlers.  113lb it was the 1st battle of the 5A state champs with Ashton Bennert the 106-5A state champ taking on the 113-5A 2x state champ Kenneth Hendriksen.  Hendriksen gets the win for 1st not giving up any points.  120lbs Carter Taylor wins the championship here pinning his way to 1st place.  126lbs getting into the larger brackets had 126-6A 3rd place finisher Trebor Moreno up against 120-6A runner up Micah White in the finals with Moreno getting his 5th techfall to win here.  132lbs another battle of 6A state placers Ethan Huerta gets the 10-0 win over Ruben Calderon.  138lbs Cole Bennett gets the win over Mason Gordon by techfall 10-0.  145lbs it was Amir Musalli and Alec Robeson teching and pinning all the way to the finals where Musalli gets the last techfall in a 14-4 win for the championship.  152lbs it was 152-6A, 5th place state placer Jaxson Gonzalez getting the win over 152-6A state runner up Caleb Mata in the finals by techfall. 160lbs it was another 6A state runner up Austin Hartmangruber getting the championship against Julius Alfaro in the finals 12-3.  At 170lbs it was all Darwin Hull but it took 21 points scored to get past Bryce Milster in the finals to win his championship.  182lbs it was all Logan Mantezolo another 6A state placer taking the win here over Benjamin Lamp by fall.  195lbs Vincenzo Olivia gets the win over 4 other wrestlers here for his championship.  220lbs Jeremiah Howard defeats Peyton Madawi in the finals here. And 285lbs goes to 6A state placer Ryan Benca.

The Junior Boys Freestyle had more wrestlers at 161 total which made for larger brackets yet.  At 106 Thiago Almeida is the first double champ in the junior division getting his 2nd gold to go with his Greco Roman win.  113lb Kenneth Hendriksen doubles up as well betting the 5A-106 champ again in the lower bracket then beating Oliver Scoble in the finals to get his second championship.  120lbs 113-6A state runner up AJ Marino takes the gold here beating fellow Boneyard wrestler Jason Pattillo.  126lb yet another double champ this time is Trebor Moreno the 126-6A 3rd place finisher getting the Injury Default over Micah White in the finals.  132lbs it was all Ruben Calderon not giving up any points until his finals match against Antoine Walker who won a 10 wrestler bottom bracket won, Calderon wins 10-5.  138lbs goes to Cole Bennett who is yet another double champ winning Greco Roman as well.  Bennett got the fall over Lenox Walker in the finals.  145lbs was the battle of the 6A state 4th place finishers Jakob Smith and Amir Musalli. Musalli won Greco Roman but Smith prevailed here keeping Musalli from the double Championship.  152lbs was all Caleb Mata. Mata beat not one but 2 Best Trained wrestlers to win this championship only giving up 4 points the whole tournament.  160lbs Michael Bone narrowly got by Hartmangruber the Greco Champ in the top bracket to face the 5A-152 state champ Evan Atchley in the finals where Bone got the fall in the 2:15 for his championship win.  170lbs was a Greco Roman rematch between Darwin Hull and Bryce Milster with the same result giving Hull a double championship.  182lbs was Logan Mantezolo again getting a double championship but this time it was over Jacob Smith by fall.  195lbs was Vincenzo Oliva getting the fall over Farid Mobarak to get a championship here to give him a double championship as well.  220lbs Jeremiah Howard doubles up as well winning his 2ndchampionship here but this time over Peter Etheredge.  285lbs it was yet another double champ in Ryan Benca.