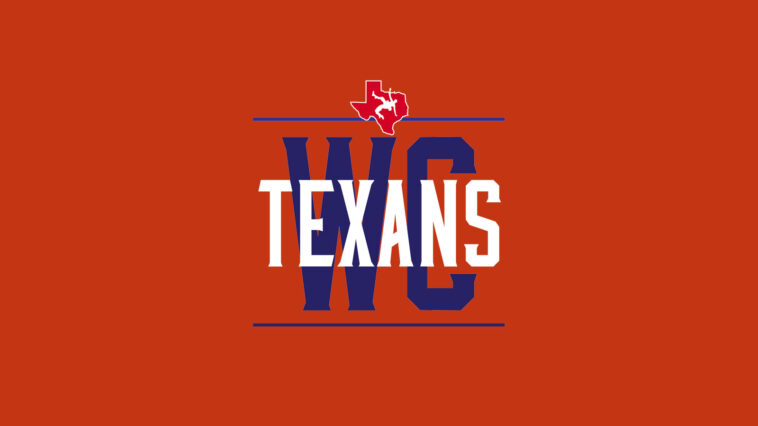 The Texans Wrestling Club out of Chester traveled more than 600 miles to compete in Saturday’s Summer Scuffle Girls Tournament in Olathe, Kan., and the trek seemed worth it.

Texans competed against seven other teams and finished 6-0 in the pool play and 3-0 in the tournament to capture first place at the Kansas Wrestling Center. DC Gold finished second and Bellatrix Wrestling took third. The tournament featured teams from Texas, Oklahoma, Kansas and Missouri.

After going 6-0 in pool play, Texas got a bye in the quarterfinals of the final bracket before defeating DC Red 66-15 and topped DC Gold in the finals 60-22.

“The girls wrestled really well and fired on all cylinders,” Texans Wrestling Club coach Nick McClellan said. “We had no open weights, so that helped. This is a great facility and this was a great tournament.”

Daniels was named the Most Outstanding Wrestler of the Tournament. She had five wins by fall, two by forfeit and one by major decision.

“Everything happened quickly. I just wrestled hard and kept working,” Daniels said. “I didn’t know who we had on our team coming in, but once I saw our team, I thought we had a pretty good chance of winning.”

Added McClellan: “I bugged her folks about coming with us and she finally came. We were glad to have her.”

Washko was one of those wrestlers who gave Texas a good chance of winning. She won all eight of her matches by fall.

“I felt like I was doing really well on bottom and getting my Petersons” Washko said. “I was able to stay in a good position.”

It was her first trip out of the state on a dual team, McClellan said.

“She took advantage of it and she loved it,” McClellan said of Washko. “She was a state runner-up this season. She went from zero to hero in a heartbeat.”

While adding a state runner-up to the team was a huge addition, getting a state champion like Olivia Stean, was a game changer for Texas. She goes to Bonner Springs High School in Kansas but joined the Texas Wrestling Club for the tournament. Steam, who was a state champion in Kansas this past season, earned seven pins with six coming in under a minute and also won a match by forfeit.

“I feel like I did a lot of (lateral) drops well and went 7-0 with all pins,” Steam said. “We came into the tournament expecting to win, and we did.”

Zamora was also a big part of the team’s success as she was another girl to finish undefeated. She earned four pins and four forfeit victories.

“I thought I wrestled really, really well today,” Zamora said. “I feel like I had great technique that I have been working on.”