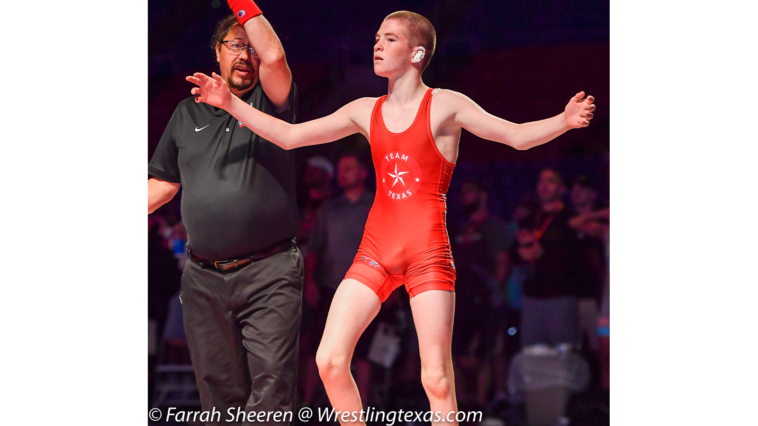 Day 3 started in Fargo with the 9 juniors still wrestling to reach All American. Aydan Thomas for the 16U freestyle boys was the lone All American and the Junior Women start their weigh ins.

Starting with Aydan Thomas, Thomas started the day in the 88lb consolation semi finals where he made quick work of Dickman from Indiana in 1:47 getting the tech fall 12-2 which put Thomas into the 3rd place match. In the 3rd place match against Griffin Rial of Colorado Thomas received 1 point for passivity at the end of the 1st period. going into the 2nd period Thomas got 4 more points making it a 5-0 with 48 seconds left in the 2nd period. Thomas then gave up 4 points himself and was able to hold off Rial’s for a 5-4 victory earning 3rd place. Thomas went 5-1 in the tournament keeping the 16U streak of All Americans alive at 4 consecutive national tournaments at Fargo.

9 juniors started off this morning and everyone of them except Tagen Jamison lost their match ending their Jr Freestyle run. Jamison on the other hand starting the day in the round of 16 got the tech fall 10-0 in both the round of 16 match and the quarter finals match putting him into the semi finals match against the #20 ranked at 138 Kima Leia of California. Leia started right off getting a take down on Jamison in the first 15 seconds. Then after that it was all Jamison scoring 6 points in the first period then 7 more in the second period to get the tech fall at 4:22. Jamison will meet Casey Swiderski who is ranked #7 nationally to Jamison’s #15. The Jr Freestyle Finals will start at 1pm on Flo Wrestling tomorrow/Tuesday.

Below is the final W/L of all junior boy wrestlers