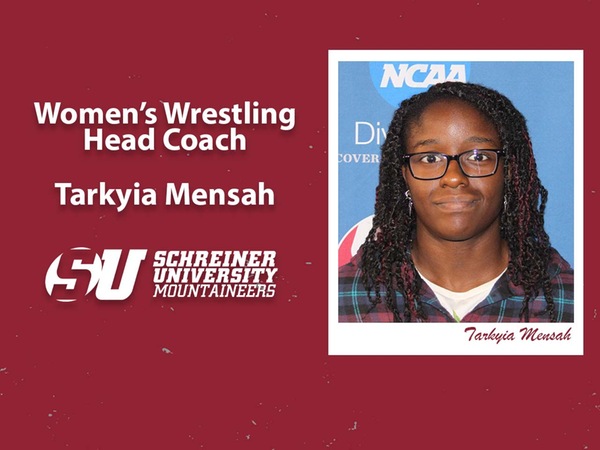 As a native of Katy, Texas, Coach Mensah took home a UIL State Championship in 2011 and was a three-time All-American wrestler. After High School, Mensah remained in Texas and wrestled collegiately at Wayland Baptist University where she continued to fill up her trophy case by taking home a National Championship in 2015 & 2016, as well as being named the Missouri Valley Open’s Most Outstanding Wrestler.

“We are excited to have Coach Mensah join our staff this season. As a former two-time National Champion, she brings a wealth of knowledge and experience to the Women’s Wrestling program here at Schreiner.” – Bill Raleigh, Director of Athletics