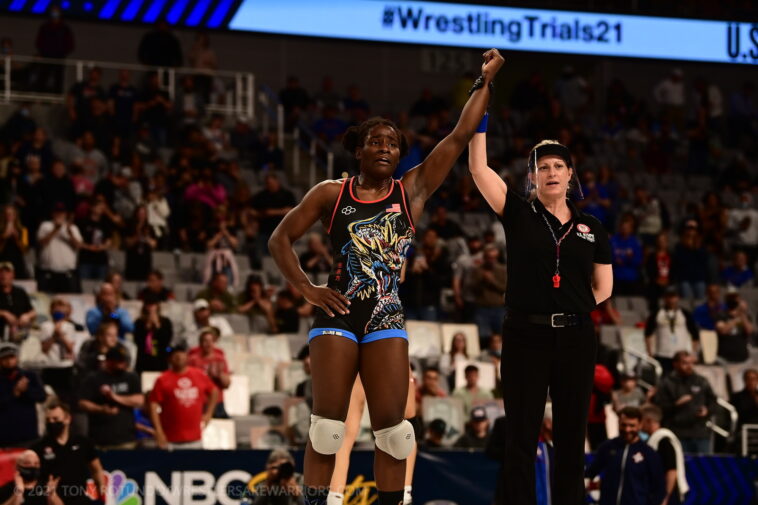 Mensah-Stock comfortably worked her way through her bracket to setup a final with Blessing Oborududu of Nigeria.

That was all that was needed as there was no scoring in the second and Mensah-Stock walked away with a 4-1 win and Olympic Gold Medal!

With her win she became just the second American woman to win an Olympic Gold Medal in wrestling and the first African-American woman.

With her win, the state of Texas can now claim two Olympic Gold Medalists in wrestling with Mensah-Stock and Brandon Slay, who won a gold medal in 2000. Texas is also now tied with Maryland(Kyle Snyder and Helen Maroulis) for the most Olympic gold medalists since 2000 with two.