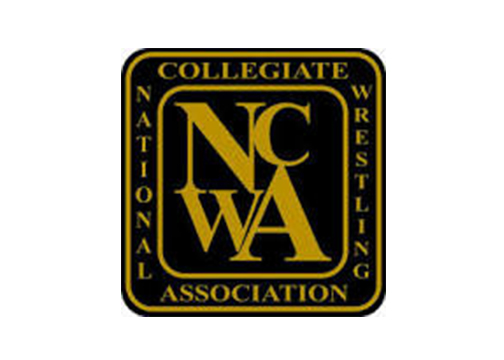 Richland College will host the National Collegiate Wrestling Association’s Southwest Conference Championships next Saturday March 2nd. The tournament will take place in Guadalupe Hall, and the first round is expected to start at 9am.

The University of North Texas went down to the wire against Richland College at last year’s Conference Championships, but North Texas ultimately took home the team trophy, winning the championship by just a 4.5 point margin. Two schools new to the Conference this season – Schreiner University and Wayne State College of Nebraska – will no doubt also find themselves in the mix for the team championship. Texas A&M University, which finished third as a team last year, but came on strong at the National Championships just two weeks later, will also look to compete to be atop the team leaderboard.

While the Aggies have their sights set on national success, they will first have to get through perennial Conference leaders, University of North Texas (UNT) and Richland College. For UNT, Drake Dudley (#8, 174lbs) and Tristan Baugher (#18, 285lbs) will work to defend their team’s 2018 Conference team championship. The team suffered an unfortunate blow just a couple weeks ago when defending Conference champion Dustin Basham (#15, 165) was lost for the season due to a knee injury. Despite the setback, UNT Head Coach Andre Metzger has been known to find and develop otherwise unknown talent and to put his team in a position to win.

At Richland College, Coach Bill Neal orchestrated a mid-season lineup shuffle that he hopes will pay dividends in the team race. Caleb Smith (#5, 197) will compete up one weight class at 235lbs as he aims to repeat his Conference title. Twelfth-ranked Jonathon Carranza will instead carry the load at 197lbs for the Thunderducks. Both Smith and Carranza went undefeated at the National Duals; in fact, Smith beat the No. 4 and No. 5-ranked wrestlers in the 235lbs weight class. Smith’s only two losses this season have come against ranked NAIA wrestlers.

Overall, the number of returning qualifiers will be relatively thin at this year’s Conference Championship  as many of last year’s competitors graduated. Kevin Evans (#17, 133) of the University of Houston-Downtown is the only returning qualifier from last year’s version of the Southwest Conference not on one of the aforementioned teams. Evans will aim to make his third-consecutive trip to the National Championships. After Evans, the field is wide open for new Conference champions and National Qualifiers. New teams and freshmen stand-outs will inevitably compete for those spots.

The Southwest Conference was reconfigured following the end of last season to absorb part of the former Great Plains Conference. Wayne State College was a perennial contender in their former conference, and will look to continue that trend as part of the newly-aligned Southwest Conference. The Wildcats placed ninth at this year’s National Duals, and will bring four ranked wrestlers into next weekend’s competition, including Hunter Weiss (#13, 149lbs), Ethan Fitzler (#19, 157lbs), Gerald Kenkel (#11, 174lbs), and Tyson Cisneros (#13, 235lbs). Expect Wayne State to contend for the team trophy.

You can expect Schreiner University to be part of that same perennial contender conversation going forward too. The first-year program has been making noise all season long with its young crew. The Mountaineers recently took home the team title at the Longhorn Classic hosted by the University of Texas, a tournament comprised mostly of conference foes, and so a good indicator of what is to come next weekend. Head coach Troy Jewell will take five nationally-ranked wrestlers into the Southwest Conference Championships this year, including Allen Roppollo (#18, 125lbs), Alexander Alberto (#19, 165), Brett Barefoot (#18, 184), TiRyek West (#14, 197lbs), and Robert Hernandez (#16, 285lbs).

The University of Texas, while a Southwest Conference mainstay, will also have new wrestlers in the mix looking for a bid to this year’s National Championships. Freshman Enrique Munguia of the University of Texas could be a force at 141lbs. He placed at the 2018 Texas UIL State Tournament, and his only losses this year came against NAIA opponents.