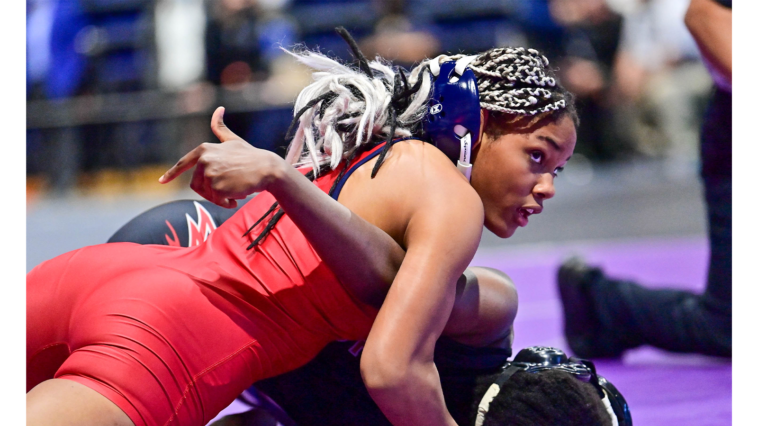 At the conclusion of day 1 competition Jasmine Robinson at 152 weight class is the lone Texan out of the 13 women competing to make All American. Robinson in a smaller 16 women bracket made quick work out of her first match throwing not one but two 5 point throws back to back within 28 seconds for her first win against an Oklahoma wrestler. The second match only took 41 seconds to get the fall against an Illinois wrestler. Robinson’s semi final match only took 58 seconds for the tech-fall against a Colorado wrestler spring boarding her into the finals where she will face Genesis Gilmore of Tennessee who has won by fall over her three competitors.

4 other wrestlers won their first 2 matches making it to the round of 16 before taking their first loss. Unfortunately they lost their next matches as well. Texas 16U women are setting tie for 16th place.