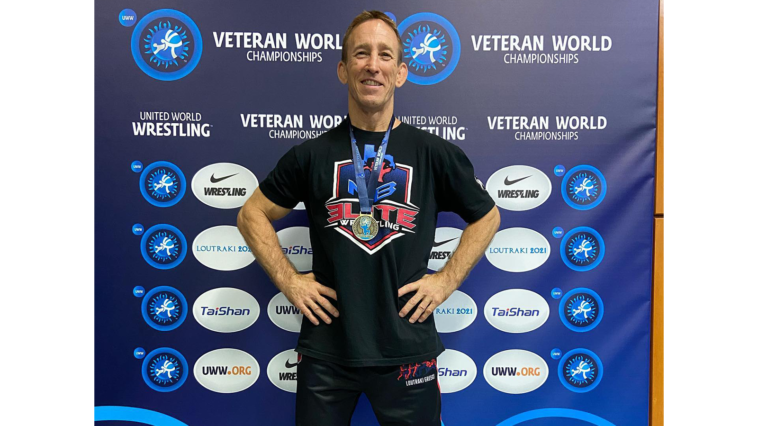 Horton was the lone Texan placing at this years 2021 Veterans World Championships in Greece.  Horton doubled up by making the finals in both Freestyle and Greco Roman taking the Gold in Freestyle and the Silver in Greco Roman.
The other 2 Texans in the Freestyle division Sion King and James Miller both made the bronze medal matches but both fell to the Russian competitors having to take 5th place

“Quote from Steve Horton” After his Freestyle finals match.

Last 10 seconds of my world championship match! I was down 2-1, And hit a low single to score with three seconds remaining. When you train hard you always have something in the tank when you need to go get a score!

In the Greco Roman, Ernesto Alarcon lost in a tight 2-0 to Turkey,  Alarcon needed Turkey to win in the semi finals to be pulled back in.  But Steve Horton had something to say about that as he won against Turkey in the semi finals 7-2 spring boarding Horton back into the finals causing Alarcon’s journey to end.Horton had to settle for the Silver Medal as he dropped his finals match to a Georgian.

Congratulations to all the wrestlers making the long trip to Greece and still competing.

Below is the complete match results for our Texas wrestlers.