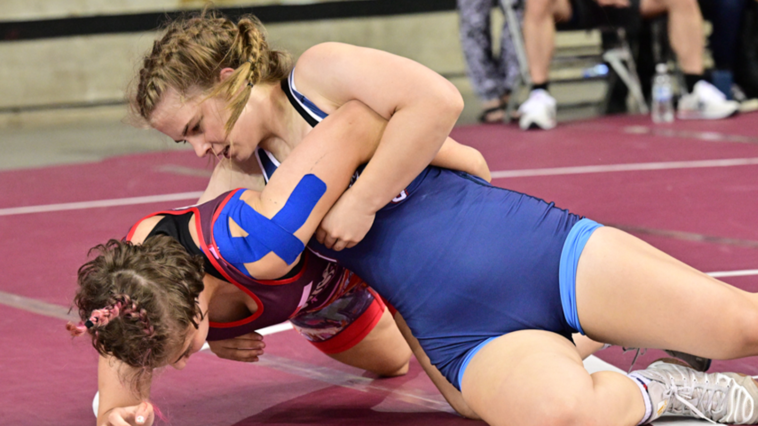 Texas will at least have 2 All Americans on the women’s 16U after the first day of wrestling and 3 of the 16U boys make it to day 2 of wrestling.

Don’t know the wrestler count but it was said to be approx. 1400 wrestlers, the  brackets were huge 128 man brackets on the boys side with one weight “120” being a 256 man bracket.

The girl’s 16U up 150 wrestlers from last year had mainly 64 women brackets except the 112 weight with a 128 women bracket. The girls team had 2 wrestlers advance as far as the quarter finals before having to make the trip on the consolation side.

Start with the boys recap on the day,

100-Mikey Ruiz lost his first match and came back strong with 3 wins before making his exit.

106-Kody Tanimoto leaving the UIL for the Prep division, going to All Saints. Won his first 2 matches before dropping his 3rd to put him into the consolation rounds. From there Tanimoto gets the techfall then loses a heartbreaker in a 7-7 decision to make his exit.