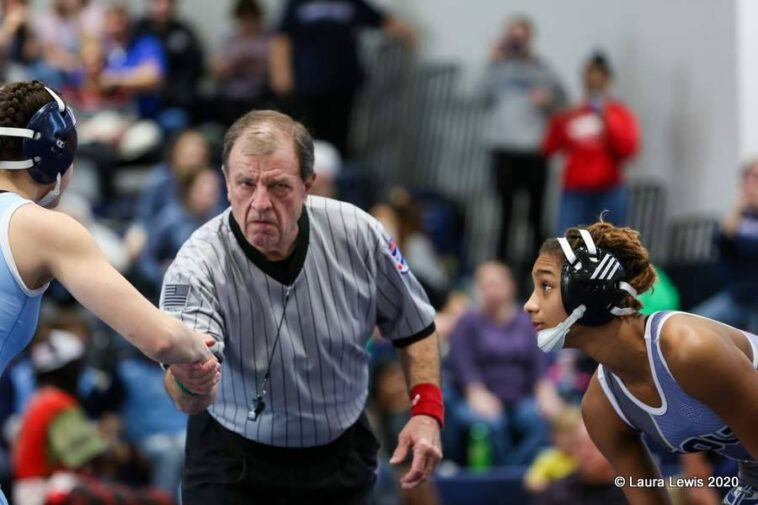 In my book, The Wrestler, I devote a chapter to “gratefulness”. That is, being grateful for the opportunity to train, to compete, to be a part of state, national, or even world level tournaments, to put everything on the line in order to achieve all you can in the sport. Not everyone experiences the life of a wrestler. And while the life of a wrestler can certainly prove to be physically, emotionally, and mentally demanding, it’s nevertheless a gift and a blessing.

As I pondered this idea of gratefulness, following interviews and speaking engagements regarding my most recent book and others, I began challenging myself. I mean, how does a wrestler, in the midst of the grind of the season, truly live and maintain a disposition of gratefulness? It sounds more like a utopian ideal as opposed to something practically demonstrated. After all, the truth of the matter is most wrestlers are not committed to the sport merely to be a part of something great; they’re committed to the sport with aspirations to be a champion. And they train – day in and day out – with specific goals in mind relative to the pinnacle of each season. After a great deal of thought, it dawned on me: the idea of gratefulness really isn’t just a utopian ideal or even just a perspective acquired by veterans of the sport who no longer compete; it’s founded on approaching each practice, and each match, existentially. In other words, being willingly captive to the moment as well as focused on the present situation or match at hand. You’re not thinking about anything else other than performing your very best in that moment in time. You’re thankful for the opportunity to step on the mat once more and embrace the struggle.

There’s a common saying that top-level wrestlers communicate when asked about their mental focus as they approach and work through a big tournament: “I just take one match at a time.” Now, what’s typically meant by this is that the wrestler is choosing to focus their attention on the present competitor, not overlooking them or their abilities. After all, upsets can occur, and if they’re not tuned in to the present battle, and instead they’re already thinking about the potential match (or matches) ahead, then they may unfortunately find themselves failing to perform their best. Or worse, their future-minded approach may find them losing the present battle. And when this happens, whatever they were anticipating for the future ends up lost; and they weren’t prepared to handle such a painful ordeal.

So I suggest that taking one match at a time, for example, should include a disposition of gratefulness. Embrace the moment. Appreciate the fact that you get to put everything on the line again. Maybe you’ve wrestled the same competitor several times throughout the season, or maybe there’s a good possibility you will have to go toe-to-toe with them again. In that moment, it shouldn’t matter. What happened before, or what may or may not happen after this particular match, is irrelevant. In that moment, approach the match as if it’s the first. Because when you get caught up in thinking about the past, or fixated on thinking about the future, you lose sight of the moment. And this can negatively affect your performance. You will probably find yourself wrestling more cautious. Your mind may lose its focus. And even if you win the match, you will likely walk away from that moment without any sense of appreciation.

Maybe this idea of an existential focus – of disregarding, for a moment, the past or potential future – causes a little discomfort. You might even be thinking, “But, Mike, what about game planning.” In my opinion, game planning is fine, so long as the game plan doesn’t encourage lack of action or limiting your abilities to put your wrestling skills on display. Having a legitimate game plan, particularly as you approach a formidable competitor you have become familiar with, is all well and good. But it shouldn’t keep you from embracing the moment. It shouldn’t hinder your capabilities as a competitor. And it shouldn’t stop you from leaving everything you have on the mat.

And the burning in your lungs, the fatigue of your body, the struggle with an opponent…these are things not everybody gets to experience. It’s in these moments that you recognize the amazing things your body can overcome and accomplish. And if you get your hand raised at the end of the match, well, take a look around, soak in the experience…every…single…time; because the truth is that many people go through an entire lifetime without ever having that experience.