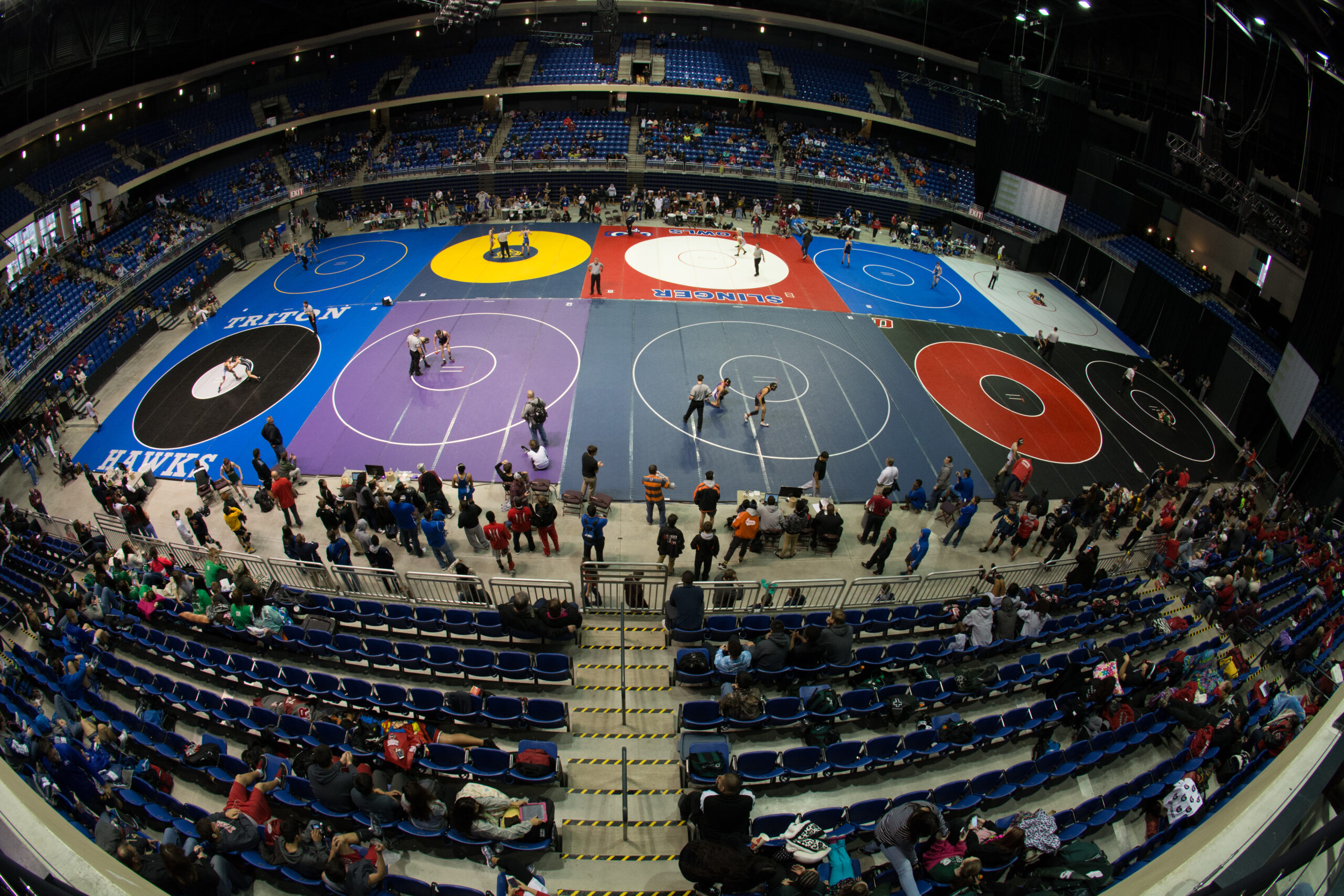 After looking at the 6A boys regional and district rankings numbers, we move on to the 6A girls.  With fewer tournament results during the year, and fewer girls’ teams, the wrestlingtexas.com rankings have a few gaps, so bear with us.  We have 75% percent completion rate (151 out of 200 slots) for top 20 rankings in the ten weight classes.  We have ranked the top 12 in all classes, and up to 15 in most.  With 200 girls qualifying for state (including alternates), there are 50 slots in each region.  Taking a peak at the current rankings by region:

The large representation of Region 3 girls is not surprising given the shear number of girls teams and former champions in the Houston Area.  I guess the real surprise is Region 2, whose girls are just not getting on the radar, we will have to address that in future ranking reviews.  Overall, the ranked girls are pretty well spread out – 70 different teams have at least one in the rankings, with no team having more than 5. Here is a district by district preview:

District 4 – Up in Keller, Timber Creek brings in three of the 5 ranked girls. Only two other teams have ranked wrestlers.

District 5 – Moving into region 2, things get really really light.  The mid cities have the most ranked wrestlers in the region with 9, spread across three teams, led by Euless Trinity with 6.

District 6 – All 4 of the ranked girls are from Coppell.

District 7 – Are we missing something in district 7?  Or maybe a lot of something??  Rockwall brings in the single ranked wrestler.

District 8 – The 4 ranked girls are split evenly between Allen and Plano East.

District 9 – Six schools bring in a total of 8 ranked girls.  Conroe Oak Ridge and Klein Oak have two each.

District 10 – Two-time state champion Cy Ridge, brings in 4 ranked wrestlers, as does Cy Falls.  It’s a wide open field, though, with 9 of the 10 schools boasting at least one ranked wrestlers. The Cy Fair district leads the state by a HUGE margin, with 23 total ranked wrestlers.

District 11 – The Katy district has 7 schools with ranked wrestlers, led by Morton Ranch’s 4.  There are 12 ranked girls in all..

District 12 – The southern portion of the Houston metroplex has 7 ranked girls spread across three teams.  Clear Falls has the majority of the talent with 4 ranked wrestlers.

District 13 – The 4 ranked girls are evenly split between Killeen Ellison and Vista Ridge.

District 15 – The San Antonio district has 10 ranked girls, from five different schools.  Steele and Johnson have 3 each.

District 16 – The Rio Grande Valley has 15 ranked wrestlers from 11 schools, pretty evenly spread out.  McAllen and Weslaco each bring three into the tournament.

Looking at our regional rankings by weight class, there are a number of holes, and only a couple of overloads:

102lb – Region 1 has seven ranked wrestlers – but room above AND below – someone is bound to move.

110lb – NO ranked wrestlers in region 1 (we’ve only ranked 14 total) – we will clearly see some new names here.

Good Luck to all the girl wrestlers – we will be anxiously awaiting results in order to fill in the gaps in our rank tables.