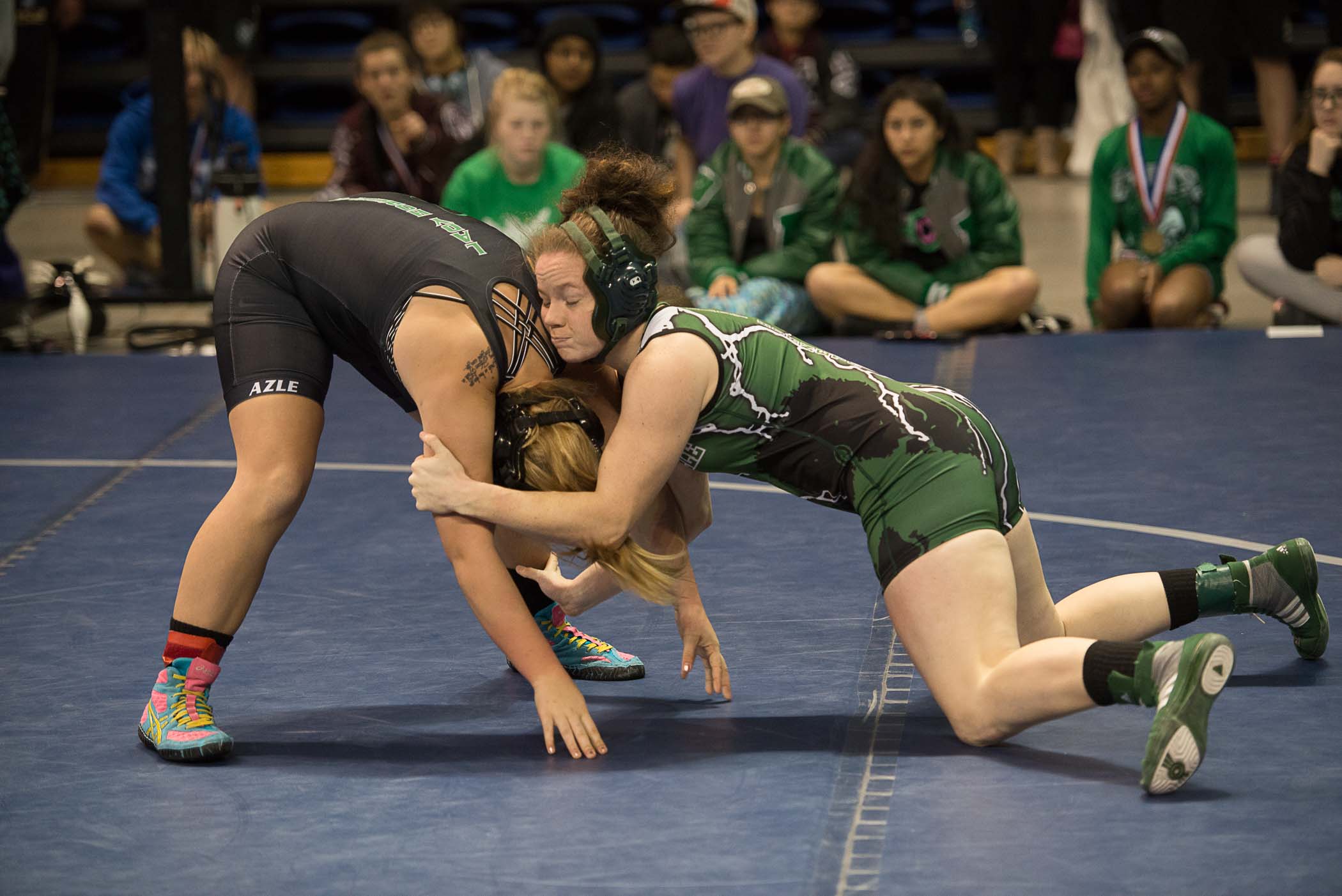 In our final district tournament preview, we look at 5A girls.  In case you didn’t already know – we will start by pointing out that every single state champion from last year was an underclassman – so, yes, they are all defending this year.  The one exception is ChiChi Nwankwo, of Richmond Foster who is moving down from 215 to 165 at the behest of the Oklahoma City University coaches, who will have her on their roster next season.

We’ve pretty much only ranked the top 10-12 in each weight class this season, and things look pretty even across the state.  Total ranked wrestlers by region:

There are only a handful of schools with loaded rosters, otherwise things are pretty well spread out. Here is a district by district preview:

District 1 – The first of the two El Paso district has 8 ranked wrestlers, evenly spread across 6 rosters. Chapin and Jefferson have 2 each.

District 2 – The other El Paso district is the most loaded in the state with 22 ranked wrestlers.   Hanks accounts for most of them, coming to districts with 9 ranked girls, also tops in the state.

District 3 – In Amarillo, there are 5 ranked girls, from three schools.  Palo Duro and Caprock each bring 2.

District 4 – Randall, Hereford and Monterey each have one ranked wrestler for a total of the 3 ranked girls.

District 5 – Azle and Northwest have 3 ranked girls each. There are a total 8 ranked girls from three different schools.

District 6 – The  6 ranked girls are evenly split between Arlington Seguin and Fort Worth Carter-Riverside.

District 7 – Dallas Kimball has 3 of the 5 ranked wrestlers.  Two other schools have ranked girls.

District 8 – There are 17 ranked girls on six different teams, led by Frisco Liberty with 6.

District 9 – Four schools bring in a total of 6 ranked girls.  Lancaster leads with 3.

District 10 – The 12 ranked girls are pretty evenly spread across 6 schools.  Huntsville and Waller have 3 each.

District 11 – The single ranked wrestler is from Kingwood Park.

District 12 – Houston Northside is looking tough with 6 ranked wrestlers.  In all, there are 12 ranked girls from four different schools.

District 13 – The 1 ranked girl is from Leander Rouse.

District 14 –  Five teams bring in a single ranked girl each for a total of  5 ranked wrestlers.

District 16 – Rio Grande City HS has 4 of the 5 ranked wrestlers, the other is from Donna.

Good Luck to all, we hope to see you at the Berry Center in three weeks!