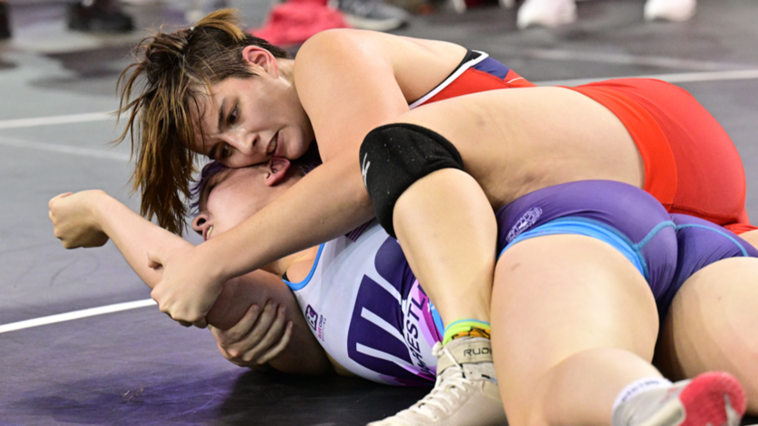 This day was all the junior women as the junior boys didn’t make the medal rounds. Unless you count Kenneth Hendriksen wrestling for Tennessee who took a 6th place finish.  Hendriksen was the 3x state champ from Carrollton Creekview.   When the dust settled after weigh ins last night Texas has 28 women competing in the junior division of the tournament.  Only 6 of the 10 girls from 16U are wrestling up an age group including Alicen Dillard the 3rd place finisher at 16U. The brackets weren’t as large as the boys but they weren’t small either. Actually, there is a record 946 competitors weighed in.

Isabella Da Silva, Akeelah Moore, Avery Ashley, Bayley Trang, Alexis Montes, Fernanda Lopez, Alicen Dillard, Shaili Davis, Madison Welch, Rewa Chababo, and Ariana Maestas all made the round of 16 by the first break. 6 wrestlers were on the consolation side after the first session while 10 wrestlers went 0-2 or 1-2 in the first session and was done.