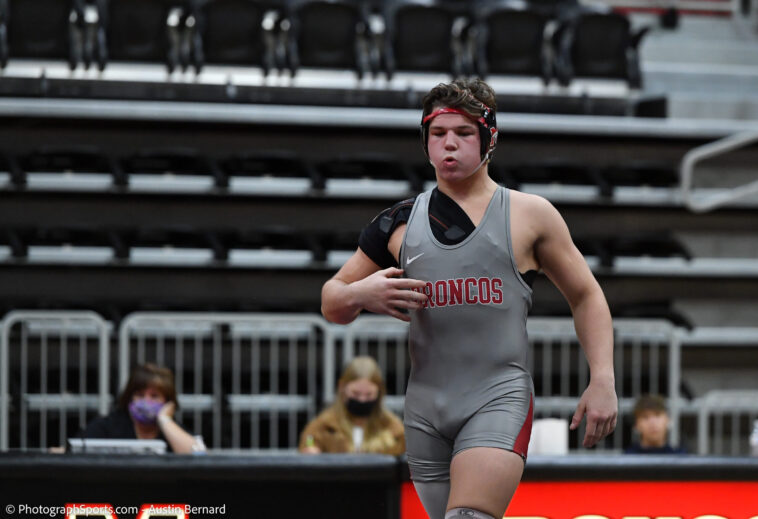 I walked with determination toward the small gym just across the hallway from the large gym where I had finished wrestling. I was fuming! I won the section finals, but barely squeaked by with a 4-3 win over Nathan Applegate. Why was I angry? Well, I almost lost. I almost lost to a wrestler I pinned the previous week, and tech-falled the week before that. I embarrassed myself.

When I finally made it to the small gym I pushed the door open, slammed it shut behind me, and yelled at the top of my lungs. I threw my headgear across the room. I looked down and saw a mop bucket still filled with water. I kicked it over and watched as the water spread across the floor. I paced around the gym and continued to yell – cursing and letting out all kinds of obscenities.

Look, I wasn’t mentally tough; but I still knew who I was “supposed” to beat, as well as who I was “supposed” to beat handily. In fact, the truth is that my anger and behavior was, in itself, a reflection of my mental weakness. That is, this match instilled fear in me. The state tournament was next, and I was scared that perhaps Nathan had closed the distance between us and would get the better of me at the tournament that mattered.

Nathan never stopped coming after me. I didn’t understand his persistence. I teched him, then pinned him, and yet he wrestled me as if these previous defeats never happened. Heading into the match I thought I had defeated him mentally based on the severity of the poundings I delivered. But in reality, I hadn’t. He appeared to be unfazed by these previous defeats, and what’s more is that Nathan was humble and kind afterwards. Every time he lost to me, he looked me in the eyes, shook my hand, and congratulated me. And then, the next time around, he came after me with the same fire and energy.

Looking back on this event, I now realize something important. That is, even though I won the match, Nathan was nevertheless the champion, not me. He accepted defeat with dignity and maintained his mental strength to come after me time and time again. Truth be told, I envied him. He embodied the character of a champion that I simply didn’t have.

Win or lose, be a champion. If you win, be a champion by expressing grace and humility. Control your mind and dismiss the thoughts of self-praise that may crawl inside it. This doesn’t mean you shouldn’t enjoy the glory of victory. By all means, enjoy it! But while you’re basking in its presence, don’t forget that you’re not the center of the universe.

If you lose, be a champion by losing with dignity. Hold your head up. Control your mind and dismiss the thoughts of self-defeat that may crawl inside it. This doesn’t mean you shouldn’t be upset with entering the gallows of defeat. By all means, be upset! But while you’re wading in its presence, don’t forget that you’re not the center of the universe.

I’ve often suggested that the sport of wrestling is more than just a sport in the sense that we can discover wise and practical elements which can be transferred to life; and in the midst of training and competing, the sport has the ability to mold and shape us perhaps more uniquely than any other sport. But with that said, our success or failure in the sport is not an indicator of our success or failure in life. There is so much more to life than who came away with a gold medal around their neck. The question is not: who walked away victorious? The question is: who grew as a human being when the shoes left the mat and the struggle was over? Who embodied the character of a champion?