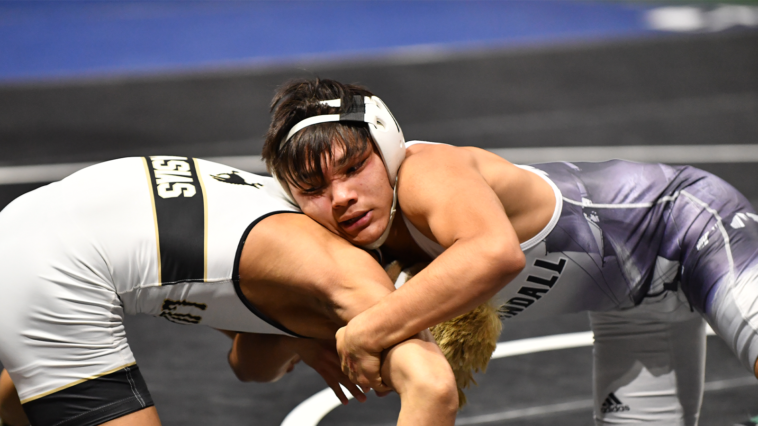 Over 70 wrestlers from Texas invaded Las Vegas this past weekend to compete in the Annual Freakshow Tournament put on by RMN Events.  This is a national tournament that has youth from 6U all the way up to 18U Elite.

Wesley Wrestling Club had a couple of stand outs with Aiden Medina the state runner up from Canyon Randall last season was the lone champion in the 18U and Mikey Ruiz was the lone champion in the 15U.   Roberto Bautista of Spring Klein in the 18U Elite high school division made the finals but settled for 2nd place.  Grayson Carpenter of Martin Warriors and Steel Meyers of Best Trained were both finalist in the 15U but settled for 2ndplace as well.

Multiple clubs had other placers including the girls with Hailey Delgado of NXT Level out of El Paso claiming herself a 12U girls championship along with an impressive 2nd place finish in the 11U boys division.

Steel Meyers with Best Trained who took 2nd in the 15U, won at his age group 13U the championship making him the only youth champion for the boys.

Below is the total results for the Texas Wrestlers that were recognized.