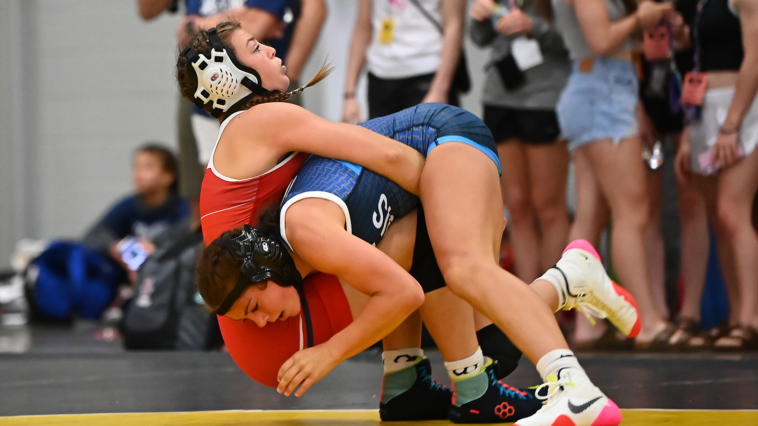 The 14U National girls had 13 teams from 13 different states. Texas only had one team as well as the other states competing. The coaching staff consist of Head Coach Lindsey Spjut, Hunter Robinson, and Monica Allen of Sisters on the Mat with multiple helpers like Camille Fournier and Samara Chavez. There is 13 weight classes and Team Texas has 12 wrestlers with 4 open weights, but the only weights Texas will forfeit is the first two. The 14U girls will only have 2, 2-minute periods vs 3-minute periods and starts with the 105lb weight class.

Team Texas was in the Pool A bracket with Washington, Oklahoma, Ohio, Pennsylvania, North Dakota, and Illinois.

Texas first dual was up against Washington. Both teams gave up a forfeit and a double forfeit to make things even and both teams each had 5 wins but the team win went to Washington with more bonus points 30-27.