Charlotte Fowler Steps Up vs Emily Shilson At Beat The Streets

Just one day before the annual Beat the Streets matches, Felicity Taylor found out she would not be able to compete. On short notice, Charlotte Fowler, a 2018 U23 World Team member, stepped up to compete against Cadet World champion Emily Shilson.

Taylor announced on Twitter that she would not be allowed to compete. According to the McKendree Women’s Wrestling Instagram account, this is due to an NCAA Division II rule prohibiting competition before November 1.

Charlotte Fowler, Taylor’s replacement, is no slouch herself. Like Taylor, she was a U23 World Team member and competes at 53kg. She is a two-time WCWA All-American for Camblesville University who has proven herself as a formidable opponent. Here is her third-place match from this year’s WCWA Championships. 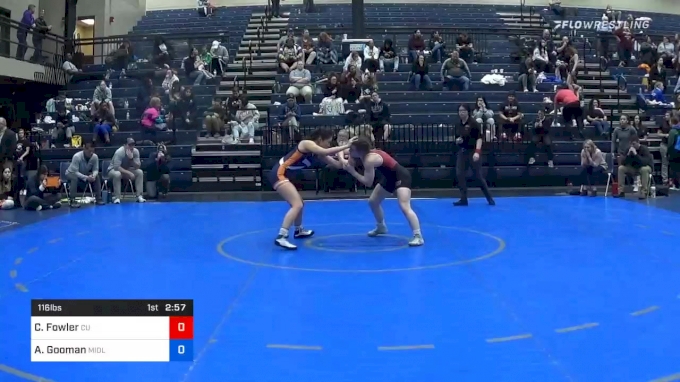 Earlier this month, Beat the Streets announced that it would conduct its annual fundraising event as a Virtual Telethon. The live matches will be held outdoors with no fans in an undisclosed location somewhere in the Tri-State area. The matches will be held with the safety of the participants as the first priority, following state and local health and government restrictions as well as the USA Wrestling Return to Events Guidelines.

As part of its partnership with Beat the Streets this year, FloWrestling will produce both portions of the Beat the Streets fundraiser. The Virtual Telethon will be free to view, and include live and recorded content as part of the fundraising celebration. The Virtual Telethon will have a variety of different features including prominent athletes, coaches, and celebrities. Fans will need a FloPro subscription to view the live matches.