News Ticker
Tweet
Jose Delgado to be Inducted in the Wrestling Hall of Fame Tennessee Chapter.    By the looks of the resumes Delgado will be joining some Tennessee elite.  Delgado has also been the guy behind the scenes here in Texas that makes the UIL State and various other tournaments year around function.
Congratulations to Jose Delgado
Announcement  from The Tennessee Wrestling Hall of Fame.
I’m happy to announce (a little belated) the new Class of 2020 National Wrestling Hall of Fame inductees for the Tennessee Chapter. Gray Simons, Steve Logsdon, Marc Taylor, Jose Delgado, Randy Thomas and Brad Jackson head this year’s class.
Simons is two-time Olympian (1960 and 1964), head coach of UT from 1975 until Tennessee shut down the program in 1986 and a member of at least seven other halls of fame including a Distinguished Member of the National Wrestling Hall of Fame (1978).
Logsdon was a team captain at UTC in the mid 1980s and led Bradley Central to 20 state titles and 382 wins over 18 seasons that included a 17-yr home unbeaten streak 128-0.

Taylor coached for 23 years with stints at Overton and FRA. Taylor was assistant to fellow HOFer

at Overton in 1996 when Overton won the last Dual State Championship when everyone was combined in one division. 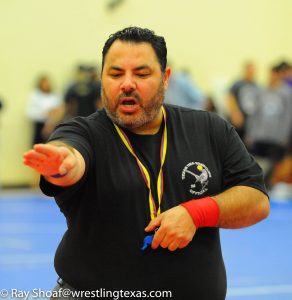 and Houston High as well as 16 years at the Mid South Wrestling club. Delgado is currently in his 31st year as a USA, FILA and United World Wrestling official.

Thomas was one of the toughest SOBs around and his Springfield teams showed it. Thomas started the Springfield program and ran it for 31 years where his teams accumulated 257 wins and state Duals runner up finish in 1986. Thomas was also a Golden Gloves fighter.
Jackson has been a staple in Hamilton County since 1989. He’s been head coach for 20 years and an integral member of the TSSAA State Championships team for the last ten years. He had little East Ridge competing toe to toe with the big boys. He also competed in Greco Olympic Trials in 1988 and a member of the All-Marine team.
Tweet