Texas wrestlers claiming their 2nd State Championship in both mens/womens and 5A & 6A and some stats to go along with the list. 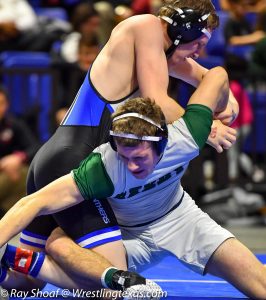 145-5A Jackson Carter of Midlothian wrapping up his senior year with his 2nd consecutive championship and is Midlothian’s first 2x wrestling champ. Carter is a 3x state finisher placing 5th his sophomore year in 2018. Carter will continue his wrestling at Ouachita Baptist University a D2 college 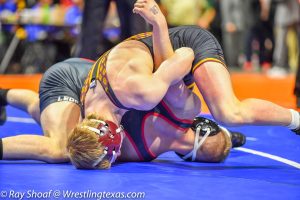 championship.  Warden is a 4x state placer and 3x state finalist placing 3rd his freshman season in 2017, and runner up in 2018.  Warden will be wrestling for Campbell University a D1 college next season. 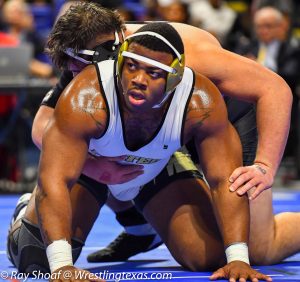 285-5A Chidoze Nwankwo of Richmond Foster is another senior who is yet another 4x state placer and 3x state finalist and now a 2x state champ.  Nwankwo placed 3rd in 2017, 1st in 2018, 2nd in 2019, and 1st this season 2020. Nwankwo will play football for Houston University next season instead of wrestle. 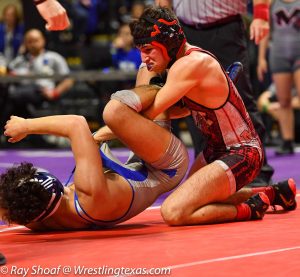 120-6A Dominic Chavez of Arlington Martin a senior is yet again a 4x state placer and 3x finalist.  Chavez is 1 lock hands call away of being a 3 time champ. In 2018 in the finals match against Braxton Brown a lock hands penalty was called in the 2nd period against Chavez resulting in the only points awarded in the whole match giving Brown the finals win.  In 2017 Chavez placed 5th as a freshman, 2018 placed 2nd, 2019 placed 1st, as well as this year placing 1st for his 2nd championship.  Chavez will attend Presbyterian College next season a D1 school in South Carolina.

126-6A Donavan Whitted of Arlington Martin a junior this season is a 2x state champ.  Whitted wasn’t on the road to state his freshman year, but 2019 and 2020 Whitted has dominated in securing his championships.  Although Whitted has another season of High School he has verbally committed to Old Dominion College.

132-6A Parker Decker of Keller has only had 2 losses in 4 years of State Tournaments.  Decker is a 4x state placer and 2x state champ.  Deckers freshman and sophomore season he placed 3rd with the following 2 seasons placing 1st.  Decker will wrestle for Duke University next year another D1 College. 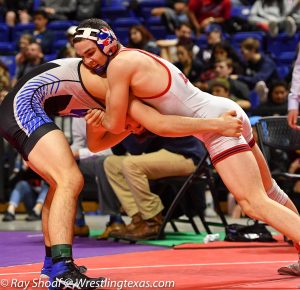 145-6A Mario Danzi of Allen a sophomore upon capturing his 2nd State Championship is the only other wrestler in the state still on course to become a 4x state champ.  Danzi and team mate Braxton Brown are the only wrestlers still on course. 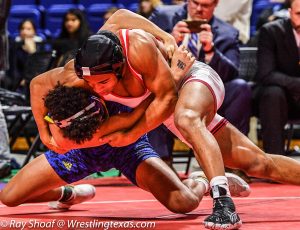 160-6A Elise Brown Ton of Allen a senior is a 3x state finalist.  Brown Ton wasn’t on a state journey his freshman year. In 2018 Brown Ton as a sophomore made his first final appearance and placed 2nd setting up the next 2 seasons as victories.  Brown Ton hasn’t chosen his college path as of this time. 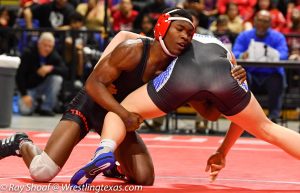 170-6A KiShawn Higgins of Katy was a move in for Katy in 2017/2018 and immediately was a force in the state making the state finals his 1st year as a Texan in 2019 claiming a championship.  2020 was no different as Higgins cruised to his 2nd state championship.  Higgins wishes to wrestle at the next level but at this time hasn’t chosen where. 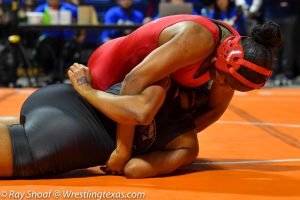 165-5A Destiny Miles of Dallas Kimball is a 2x state finalist and 2x state champion back to back.  Miles a senior didnt place her freshman or sophomore years and no word at this time on her college path. 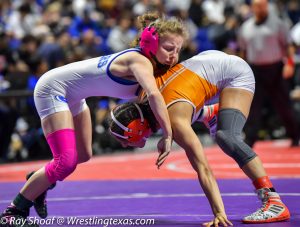 102-6A Amanda McAleavey of Cypress Creek a senior is a 3x state placer and a back to back state champ.  McAleavey didnt place her freshman season but placed 3rd her sophomore season.  McAleavey college path isn’t clear at this time. 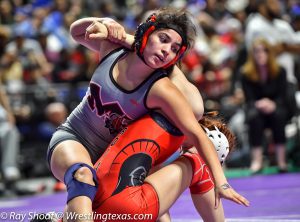 110-6A Samara Chavez of Arlington Martin a junior this season and a 3x state finalist claimed her 2nd consecutive state championship this year.  Chavez was a takedown away her freshman season from making it a 3x championship, but 3xer Camille Fournier stopped that causing Chavez to settle for 2nd place.  Chavez at this time hasn’t chosen a college path but being an international wrestler and #1 ranked national wrestler am sure she has offers from a lot of D1 colleges.