The last edition in this series carries the most weight!!! 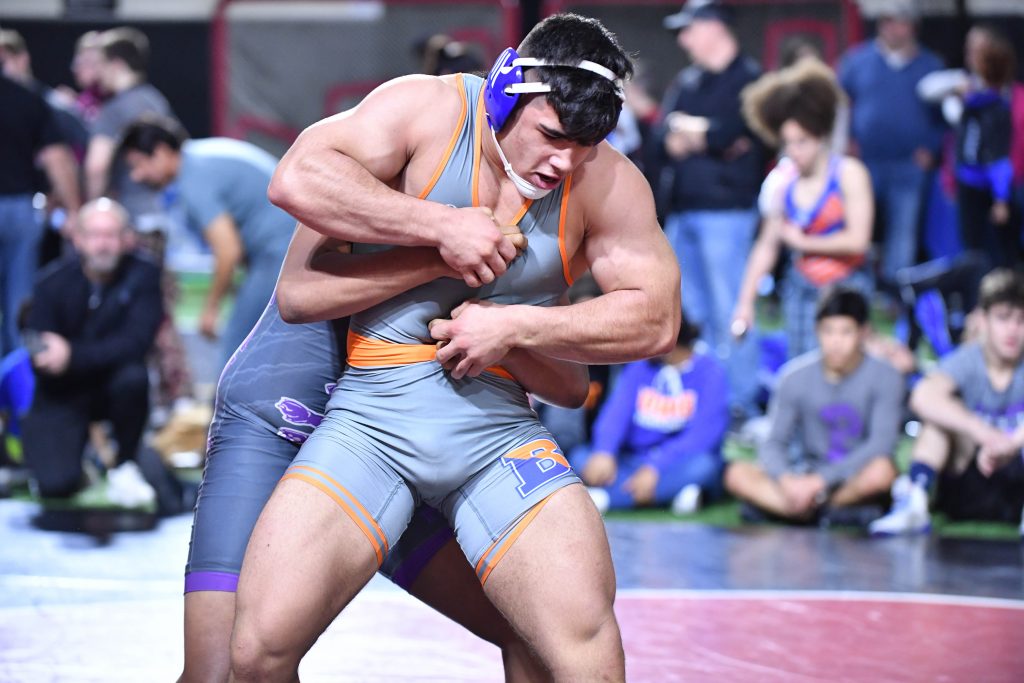 In Region I we have another Mounshed from Arlington Bowie atop the standings, but the region championship is by no means a guarantee!! Adegbenro of Lewisville, Nix of Arlington Martin, and Ethredge of Southlake Carroll will show up at the region tourney with intentions of claiming the crown! All 4 of these young men are wrestling on the top of their game right now. A potential spoiler will show up in the form of Stroud of Ft. Worth Paschal.  He has been just on the outside of these top 4 all season, don’t be surprised to see the senior battling for a spot at state!

Region II won’t be without drama of its own.  They will be bringing 8 ranked wrestlers to region meet (If all goes well at District) plus a couple more that have been on the verge all season long!! Bonds of Prosper, Anderson of Killeen Shoemaker, Diaz of Klein, and Howard of Klein Cain are the top 4 going in, but Emerson of Vandegrift, Mendez of Dallas Skyline, Madole of Allen, and Samaripas of Bryan are right on their heels.  The only locks should be Bonds and Anderson, but they need to be focused because there are 6 other guys with keys to that lock.  It’s not too often we see a Freshman at this weight, but Madole has a legitimate chance of crashing the party!  Once again, Region II leave some wrestlers at home that have state tournament talent!

Region III has a solid 4 but after that, the picture is a but hazy.  Guettierrez of Cy-Park, Everfield of Clear Lake, Flores of Cy-Ranch, and Cole of Brazoswood seem to be in control.  Don’t count out Clark of Westside.  The Houston ISD program has a history of talented wrestlers, and I’m sure this senior will be looking to add his name to the list of Westside all time greats.

Region IV looks to be a bit down this season at 220. Bell of SA Lee, Zarate of New Braunfels, and Duron of Edinburg look like “Can’t miss” kids right now, but who will take the 4th spot? Mercado of SA Roosevelt has been having a decent season, but so has Mora of Smithson Valley and Toledo of Schertz Clemens.

In Region I, Magar of Southlake Carroll, and Lovell of Northwest Nelson would make an INCREDIBLE Final. Looking to fill out the region’s qualifying spots are Verses of Lewisville, and Johnson of Hurst Bell. Those guys will have to WORK to contend with challenges from Escobar of Montwood, Torres of Weatherford, and Possibly Kappler of Lewisville Marcus.

In Region II, 5 ranked wrestlers will be showing up to take the top 4 spots.  Look for McElroy of Conroe Oak Ridge, and Garland of Killeen Ellison to attempt to make the final over Challenges from Bell of Klein Cain, Urbano of Bryan, and Steel of Allen.  3 of these guys will be coming out of district 8.  Do they bruise each other up enough at the district level to allow others into the picture at region?

Region III will bring Wilkins of Taylor and 3 other guys who will be trying to make it to the final with him.  Depending on seeding of course, Villareal of Cy-Ridge, Mitchell of Mayde Creek, and Jones of Atascocita will be looking to get to the final. The only guy that looks like he can challenge to break into this top 4 is Woods of Humble.   This will be a senior heavy bracket, and full of upsets, so I wouldn’t be surprised to se an under the radar wrestler step up here.

Region IV  carries the depth at 285 with 6 ranked wrestlers.  Marsh of New Braunfels will be looking to capture the region title but Benca of Smithson Valley, Lopez of Mission and Lozano of Weslaco East will not be traveling to region looking for Silver. Sanchez of Pharr-San-Juan Alamo, and Rodriguez of Edinburg want their names mentioned in the fight as well and will have a legitimate chance to claim a top 4 spot.  Look for these six to show up firing on all cylinders!