The 16U Texas Greco Roman Team wrapped up today with 3 All Americans. 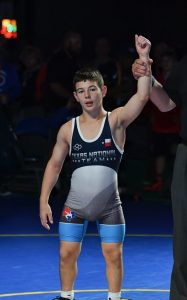 The highest placer was Conrad Hendriksen at the 94 lb division with a 5th place finish wrestling 8 Greco Roman  matches total. 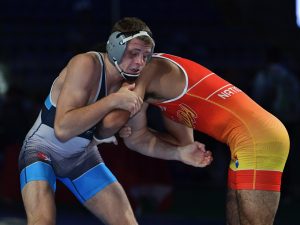 Next was Branson Britten who matched his last year Greco Roman All American status at 6th place.  Britten had only 7 Greco Roman but am sure he felt like he had 20 as he was wrestling up a weight from 170 to 182.  Britten also was the only 16U to double All American. 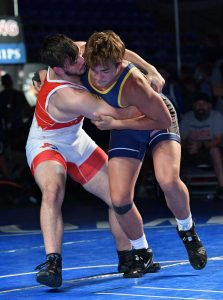 Last but not least was El Paso’s own Corbin Phelps wrestling at 195 who took an 8th place finish wrestling 7 matches total himself in the Greco Roman tournament.   All 3 brackets where 64 man brackets.
Congratulations to all the wrestlers and coaches.