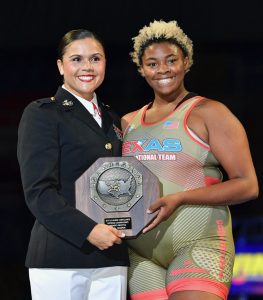 Xochitl Mota-Pettis and Gabi Holloway do it again.  They both defended their national titles winning another national championship for Team Texas.

Holloway a graduate  from Katy Seven Lakes High School who placed 3rd in the UIL state tournament and was ranked #6 Nationally went through 4 straight opponents on her way to repeat as the 225 National Freestyle Champion.  Holloway beat the #4 nationally ranked wrestler in the finals Isabeau Shalack of Illinois by fall. 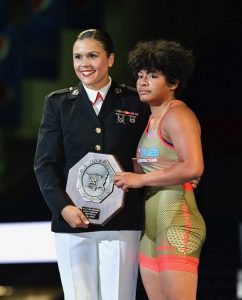 Mota-Pettis a graduate from Klein High School who was a 2x state champ in the UIL state tournament and ranked #1 Nationally went through 6 straight opponents to meet Lana Perez of Hawaii in the finals where Mota Pettis claimed victory with a tech fall.