The University of Schreiner is putting on its 2th annual Freestyle and Greco Team Duals made up from wrestlers around the state.  These are some of the clubs putting together teams to compete:

HOWEVER WRESTLINGTEXAS WILL BE IN THE HOUSE AND WILL UPDATE AS MUCH AS POSSIBLE.

If your attending and want a spotlight of a wrestler you must email [email protected] or tell the photographer on duty. 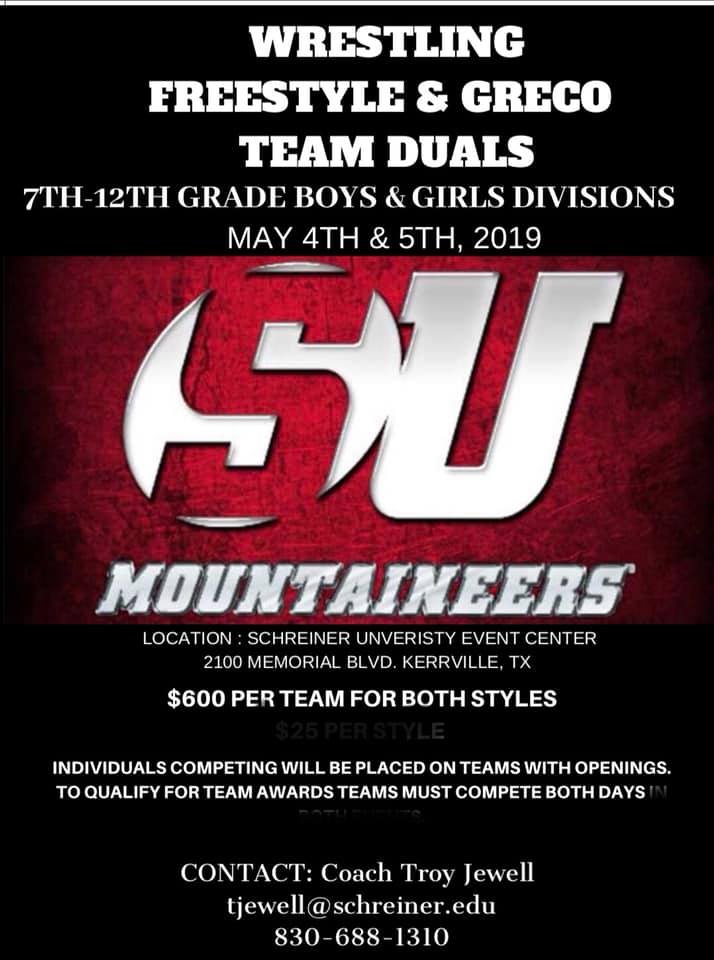