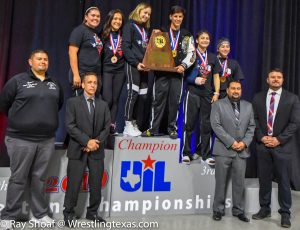 place team Liberty Frisco by 8.5 point.  This makes Hanks 6th consecutive team state championship. Can they catch up to Allen? or 3 more years and they will tie the Caprock girls.  Hanks had 6 qualifiers, 2 in the finals coming away with one champion which was Isabella Gonzalez @ 128, and 4 other state placers making all but 1 wrestler not placing. 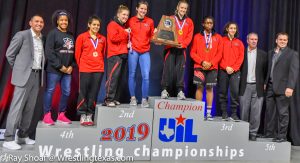 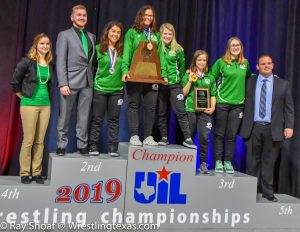 tournament MOW who won her finals match @ 95.  Azle had 2 other placers. 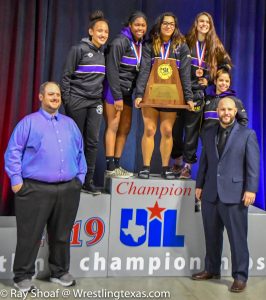 1st Keller Timber Creek gets their first UIL state championship with 69 points with 5 qualifiers 2 making it to the finals but Bianca Rosales getting the only finals win making this her first championship as well.  Timber Creek had 2 other placers. 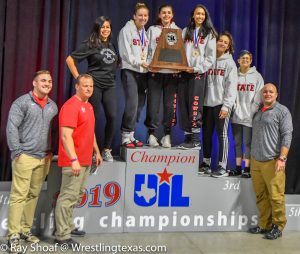 2nd  Coppell with 56 team points bring 7 qualifiers but only 3 of them placing. 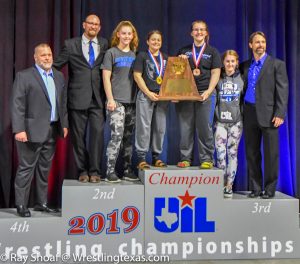 3rd Weatherford with 53 team points brings 4 qualifying girls and get 1 champion in Camille Fournier @ 119 giving Fournier a 2nd state championship and earning 6A girls MOW.  Weatherford had 1 other placer.