This past weekend several clubs traveled to Schreiner University to compete in the 1st ever Schreiner University High School Dual tournament featuring elite clubs from all corners of the state boys and girl teams.  Some teams were loaded some were not, some teams came for the competition bringing their young wrestlers to compete with state champs and All Americans. Some teams combined their rosters with other teams to form a team.  Over all each wrestler received up to 5-7 matches and totally off the radar.  Below is the story from Coach Jewell.  The Girls post will be coming shortly.

Leave your Trackwrestling profile at the door, We don’t need em in here..

We ran the whole thing on paper, no record of a single match! We encouraged them to take advantage of it and wrestle tough matches. We reminded them that the tournament was set up to help them improve and get better, before they head into national competition. With that focus the Mountaineer Duals were a huge success! 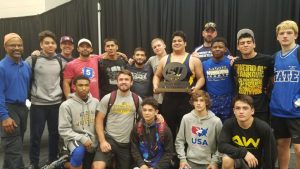 All the clubs showed up strong and everyone had a lot of fun battling. At the end of the day it was Spring Klein with a perfect 7-0, winning the championship trophy. The team was solid from top to bottom and all the guys wrestled outstanding! Right behind them was Coach Forsman’s VICI wrestling club with a close second place finish, 6-1. They had a good dual with the champs keeping it close after forfeiting the first weight class. Just behind them is where it got pretty good amongst the others! 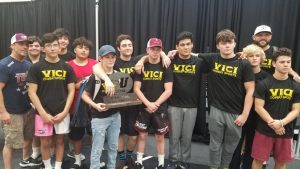 The 3F team was missing quite a few big guys but as always, were still extremely competitive with the ones they brought. After a criteria win over NB Elite, they really got the ball rolling, winning the last three duals. NB Elite, despite starting four eighth graders, had a good start winning the first three duals and had a couple a tight ones with Takedown Elite and 3F . However, after the fourth round they would lose a few to injury, and forfeit four weight classes. Takedown Elite was missing a few of their studs but filled the lineup with a lot of young talent such as Trebor Moreno. They would be led by veteran Isiah Delgado. The team stayed tough and were right in the mix of things until the very end. 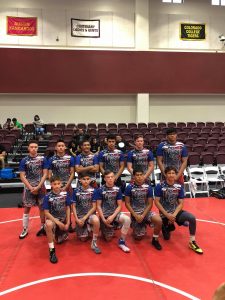 It was Boneyard that was steadily chipping away through the bracket and grabbed the third-place finish in the men’s division. They brought a good mixture of young wrestlers, as well as upperclassman, and they performed! 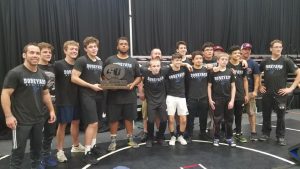 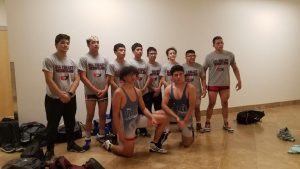 CobraKai had a good full bench and battled tough throughout the day as well. The club is rich with talent and Coach Thomas is getting them the experience they need. All Valley wrestling club brought a team full of freshman and sophomores! We watched these guys closely all day as they were going up against Fargo All Americans, and state champions. We were curious to see how they would hold up after the first three or four rounds. It was very impressive how Coach Rendon kept their spirits up and the young wrestlers kept walking out there with a lot of try , and kept competing the whole tournament.

HIgh school state finalist and returning Fargo AA Chase Worden was wrestling up from his normal weight, and bumped up to wrestle 2x state champ Daniel Manibog. Exactly what we were hoping the tournament structure would encourage. Let’s just say the match was a good one, and if you were there you were fortunate enough to know how it turned out , if you weren’t not only did you miss a good one, you can’t even look it up:) Knowing Daniel he was happy about that match as well. This is a guy who went at a specific weight class at the freestyle state tournament to go after another HS state champion before he left for college. Unfortunately that one did not happen. We had the same thing with freestyle state champion Robby Silva . He was at 138 and asked if he could bump up to wrestle HS state champion Trent Dooley. It was great to see these guys just go out and wrestle, not care about what was under their name and picture on a profile page. They just wanted the opportunity to go up against the best, and to get better.

There were many good ones in the tournament. 2x State champion and 3X finalist Isaiah Delgado of Takedown Elite, I believe teched everybody he wrestled; the same goes for 2x time state finalist, 3x place winner Jordan Strmiska. There were others that went undefeated; like State Champ, 4x place winner and SU commit Christian Moreno . However this year’s outstanding wrestler went to Trent Dooley of the VICI wrestling team. 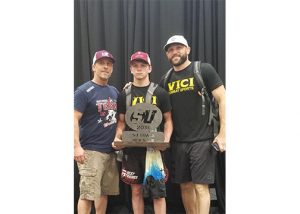 Trent absolutely pounded the competition! The guy wrestles with a physicality that was unmatched. Congratulations to Trent on his performance at the first annual SU Freestyle Duals.

Thank you to all the invited teams that came out and competed in the men’s tournament. Hope to see all of you back next year!