The Cadet and Junior Folkstyle Nationals held in Iowa last Thursday and Friday proved to be one of the toughest tournaments this year with every bracket having multiple state champions from all around the USA.  Out of the 19 Texas wrestlers 5 made All American status with 3 state champs and 2 state placers themselves.  Best Trained of Allen had 3 placers, Lone Star Elite of Southlake Carroll had 1 placer and All American Wrestling Club of Euless Trinity had 1. 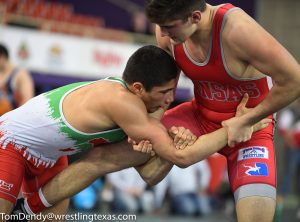 AJ Ferrari of Best Trained wins his bracket at 195 junior division in a combined score of 43-3 and a fall.  Ferrari quarter 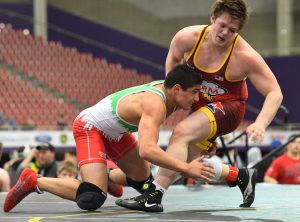 final match he beat the 5A Kansas state champ, then in the semi finals beating the 2x Wisconsin state champ who was undefeated Garrett Joles 3-1, Joles also was ranked 5th nationally,  before securing his championship over 6A Kansas state champ Wyatt Hendrickson 7-1.  Ferrari also wins Most Outstanding Wrestler award. 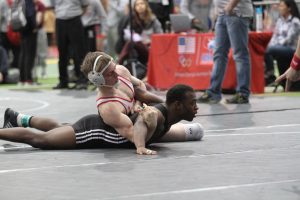 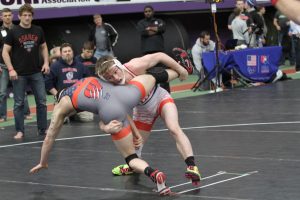 Haddock wrestled 5 state champs and 2 state runner ups in his quest where he took 6th place.  Haddock in the 5th place match lost in SV 1 3-1 to the Wisconsin state champ who he had pinned earlier to reach the quarter finals making it a total of 6 matches against a state champ. Haddock went 5-3 on the day. 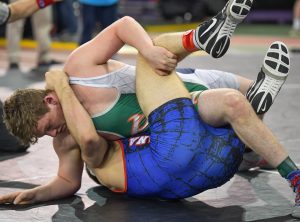 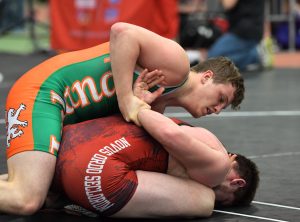 Nate Dooley of Best Trained placed 6th as well.  Dooley made the semi finals with a come from behind “10-0” fall over an Iowa state placer in the quarterfinals and thats when murders row happened.  In the semi finals he lost to the Illnois state champ only to wrestle an Iowa 2x state champ in the consolation semi finals which didn’t go Dooley’s way either then setting for 6th after losing to the Arkansas state champ. 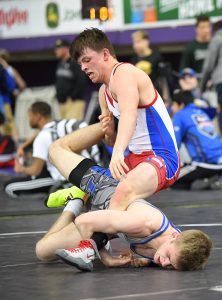 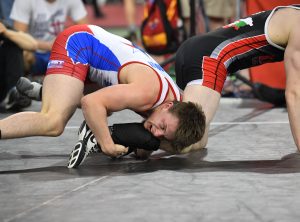 Trent Dooley of Best Trained ran into the #3 nationally ranked 145lber in the 2 round where he lost and wrestled back 4 matches on the consolation side going through 2 state champs to secure his All American status, his next match against the Montana state champ was a narrow loss.  Dooley was up 3-0 before getting caught and thrown to his back giving up the 5 points he couldn’t recover losing 6-3.  Dooley must of tweaked something cause he forfeited out to take 8th place. 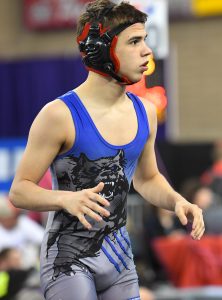 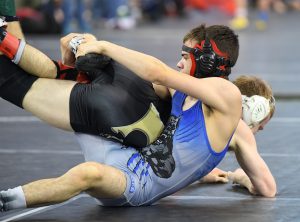 Harley Williamson of All American Wrestling Club who was previously reported as not placing indeed captured an All American status.  Williamson is the first Euless Trinity Wrestler to achieve those honors in many years according to Euless Trinity Facebook.  Williamson won his first match before falling to California the next.  Williamson then won the next 2 matches on the consolation side over state placers before running into the Arizona state champ that sent him to the 7th place match where he lost a close match to the Louisiana state champ claiming 8th place.