Out of the 7 Texas boys wrestling at the Southern Scuffle that started New Years Day, Jack Mueller and Bo Nickal were the only wrestlers to take home the Championship.  Isaac Jimenez takes 8th  and Nick Reenan takes 4th.

Jack Mueller wrestling for Virginia at 133 started his day out on Monday with a bye, then defeated Cody Trybus of Navy 6-0, in the quarter finals Mueller defeated Sean Nickell of CSU-Bakersfield 10-0,  In the semi finals Austin Desanto of Drexel had to medical default on concussion prodigal after a scramble that put Mueller into the finals, although Mueller was down after a challenge 5-4. Mueller was looking like he would of won anyway regardless.  In the finals against Gary Wayne Harding of Oklahoma State there was no question, Mueller all the way again with a 10-0 win for the Championship.

Bo Nickal of Penn State wrestling at 184 whipped out 3 consecutive falls all in the 1st period against Nick Mosco of North Carolina, Austin Flores of Stanford, and Stan Smeltzer of Virginia Tech.  The semi finals was an all Texas match with Nickal facing Nick Reenan of North Carolina State.  It looked like Reenan was going to hang with Nickal keeping the score close till the 3rd period when Nickal opened up the scoring to win 12-4 major.  In the finals Nickal handles Drew Foster of Northern Iowa with ease winning by 10-2 major for the Championship. This makes Nickal a 2x Southern Scuffle Champ.

Isaac Jimenez of Air Force  at 133 was the surprise of the tournament going in unseeded with first match against the #1 seed Scott Parker of Lehigh where he defeats Parker 8-6 for the biggest upset of the tournament.  Jimenez than won over Scott Klyono of Virginia by fall, before losing in the quarter finals to Colby Smith unattached 9-4. Jimenez won his blood round against Utah Valley’s Durbin Lloren 11-9 to assure his place on the podium.  Jimenez must of injured himself in the Lloren match because he Defaulted out to take 8th place.

Nick Reenan of North Carolina State wrestling at 184 won all the way to the semi finals where he met Bo Nickal beating Will Sumner of Utah Valley by fall, Taylor Jackson of Appalachian State 14-5, and Michael Coleman of Navy 6-4.  Reenan dropped the semi finals match to Nickal 12-4.  Coming back strong defeats another Appalachian state wrestler Alan Clothier 23-8 in the consultation semi finals.  Reenan drops a close 4-3 decision to Bryce Carr of Chattanooga to take 4th place.

Thayer Atkins of Duke wrestling at 125 was winning until he ran into the NCAA Champ Darian Cruz in the quarter finals losing 17-8. his next match he was Disqualified,  don’t know the reason.

Quentin Perez of Campbell University wrestling at 165 lost his 2nd match by a close 4-2, won his next 2 than lost in the blood round to Keilan Torres of Northern Colorado by fall.

Blake Andrews wrestling for Oklahoma State at 285 lost his first match and had to battle all the way back losing in the blood round as well 4-0 to keep him from placing. 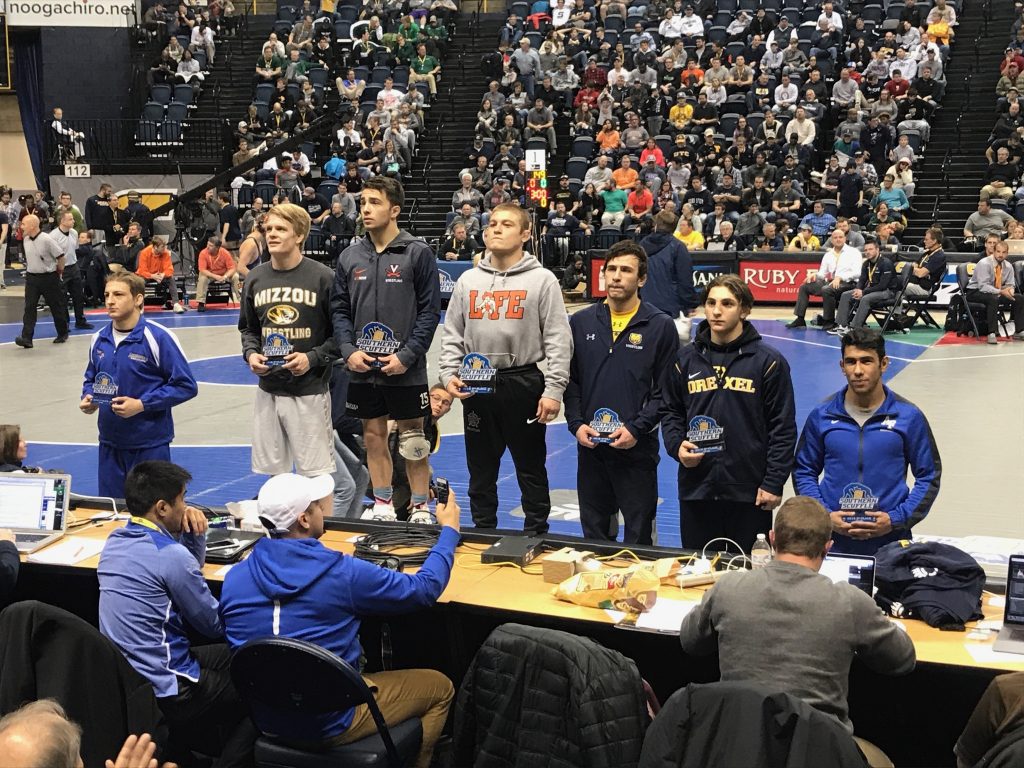 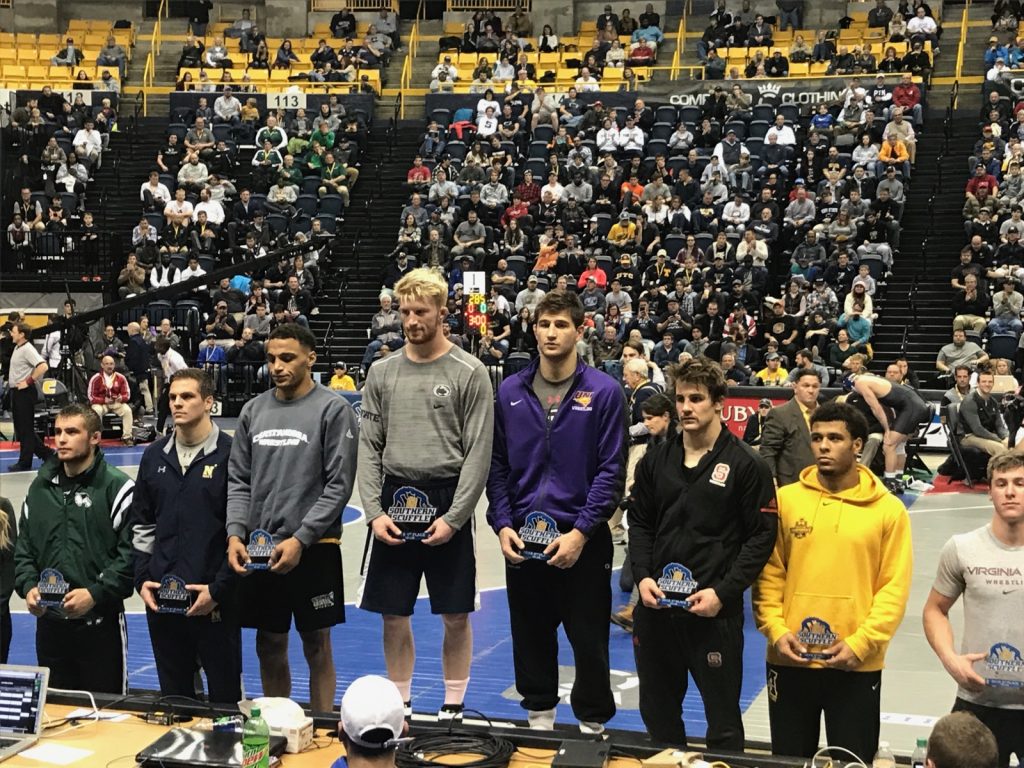