Allen’s AJ Ferrari is Wrestlingtexas Wrestler of the Week.  Ferrari just won the Walsh Ironman Tournament at the 182lb division Championship.  Ferrari was seeded 2nd in the tournament, his 1st place finish placed him higher than #3 ranked Ryan Karoly who was seeded 1st but got beaten in the semi finals by the 4th seed Leonardo Tarantino of Blair Academy, this should move Ferrari from #4 ranked to #3 ranked in Flo.
It took sudden Victory for Ferrari to get past the #10 ranked wrestler and 3rd seed Trevor Lawson of Olentangy Liberty in the semi finals.
Ferrari is only the 2nd Texas wrestler to every accomplish this feat in my time frame, Bo Nickel of Allen was the last Texan to do so. 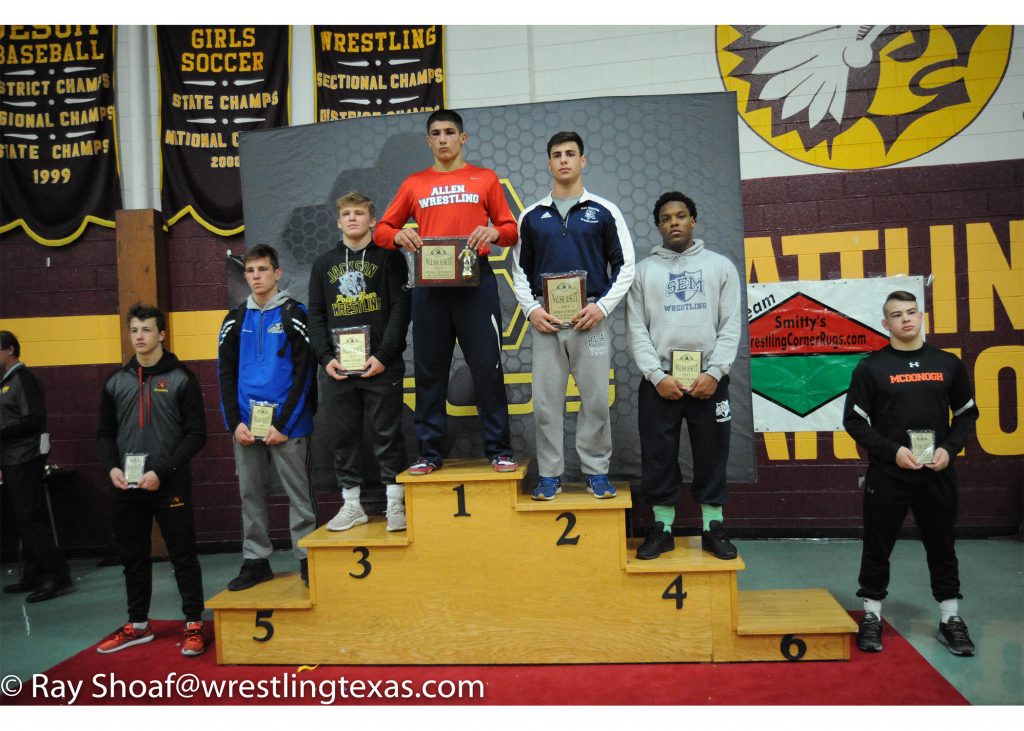