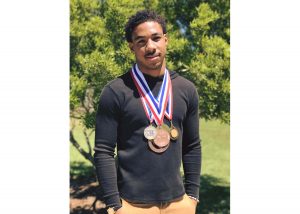 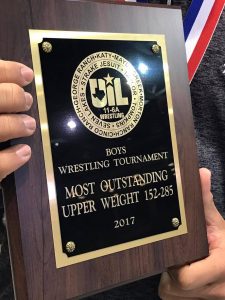 1st Place 160 lb Regional Champion 11-6A
DeMichael has been wrestling since freshman year, when he was named the only Freshman team captain. Since then he has continued to train both on and off season, and enjoys competing most in Freestyle and Greco-Roman tournaments. He has placed on the Team Texas Freestyle Team for the the 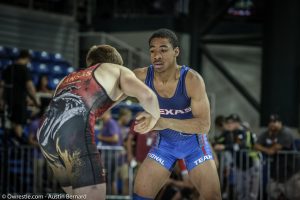 past 2 years and has traveled throughout the state of Texas and to the Fargo Nationals competing in tournaments.
He has been the Head Varsity team captain at Mayde Creek for the past 2 years due to his hard work, coordination, and strong leadership skills. Many call him the “hardest working kid at Mayde Creek High School”.
He is looking to continue to wrestle and compete in college and has recently committed to wrestle at Iowa State University. He will be redshirting his first year. He wants to study engineering and psychology and has a 3.7 GPA. 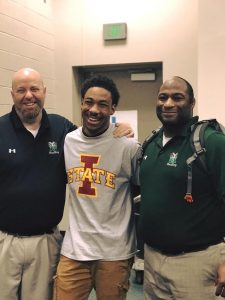 Best of Luck to De Michael in his future endeavors.
Tweet