Penn State Universities Bo Nickal of Allen being dubbed “The Allen Assassin” is wrestlingtexas wrestler of the week coming off his performance at the NCAA-D1 National Championships where ,Nickal defeated the #1 seeded and #1 ranked wrestler in the Nation, Gabe Dean, who was going for his 3rd consecutive National title at 184lb weight class. Nickal becomes  TEXAS 2nd National Champion at the D1 level ever. 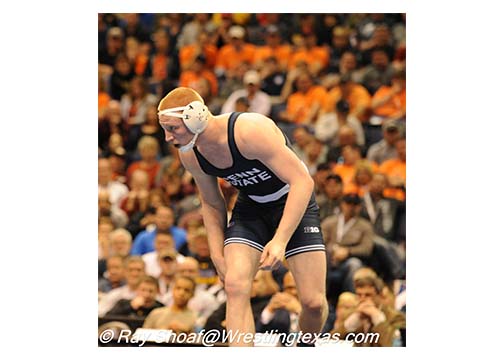 This comes off a runner up finish last year at the 174lb. Nickal moves up a weight class to the 184lb.  If history follows its course we could be looking at Nickal being a 3x National Champ.  Nickal was runner up his freshman year of Texas State Championships, than made a run of the next 3 State UIL Championships with Allen.  Along with some USA triple crowns, Fargo National championships,  and some International wins Nickal is becoming one of the most decorated wrestlers to ever come out of Texas and one who is well liked and followed throughout the wrestling world here in Texas