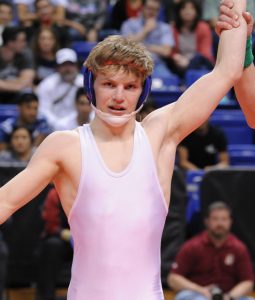 Jack Skudarcrzy of Austin WestlakeHas a 3.2 GPA and has signed at the University of Northern Iowa to continue his wrestling career.

“Jack has such a high wrestling I.Q. He understands wrestling situations as well as any coach I’ve seen. I think he would make a great coach once his competitive days are over.”  – Pat O’harra Head Wrestling Coach Westlake High School.

Jack is our version of Tom Brady….in a lot of aspects, he is no different than any other high school student, except Jack has made a choice to live a lifestyle that is focused on his love for the sport of wrestling and improving daily as a person.  The one attribute that separates Jack from the rest of the world is his determination and drive once he has set his mind to accomplishing a task.”  – Will McKinney 3F Wrestling 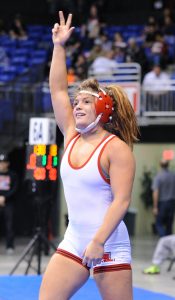 2016 Fargo Womens National Champ in both the  Cadet and Junior

Also Liles was in the movie Sultan. The movie released worldwide in July 2016, a wrestling movie based in India, 4th highest grossing film in India.

Redlin is the Colonel for the Allen HS Marine JROTC program.  He also plays fall/spring baseball as a catcher and is a wrestling referee.

Brian Andrews of Grapevine HS is a 3X consecutive state champ for Grapevine High School with a record of 170-5.  Andrews placed  as a 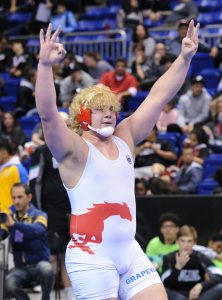 Following his brothers footsteps, Andrews is going to NEO for one year, then transferring to Oklahoma State University.

Hobbies: riding motorcycles and the driving range
Quote:  Brian is one of the most naturally talented wrestlers I’ve ever coached.
Brian has grown into a great team leader and positive example for our underclassmen and has a GPA of 3.5
Tweet