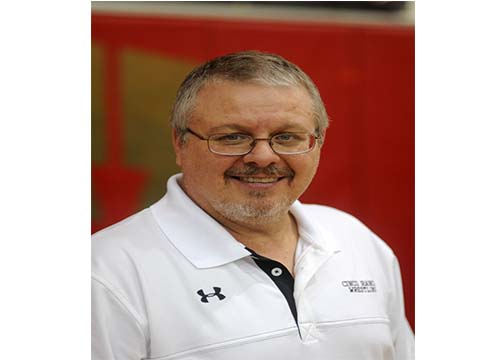 On December 3rd Coach Dushane got his historic victory as the cinco boys team went 9-1 at a dual meet.

Coach Dushane began his head coaching career in 1984.  He has started three different high school wrestling programs during his career.  He started the Cinco program when the school opened in 1999.  Under his leadership, Cinco became the only Texas High School program to claim a Boys Wrestling State Championship (2007) and a Girls State Championship (2016).

500 dual meet wins is a major milestone in wrestling and is an achievement very few have accomplished.

Congratulations Coach Dushane!  We are proud you are a Cougar and of your many accomplishments.