On Saturday in the pool wrestling the Texas Blue did not get any favors from the “bracket gods” as they drew a pool that included Pennsylvania Silver and Illinois Gold. At the end of the day, Texas Blue had a record of 1-3.

Texas Red started out strong by winning their first two matches, but ultimately lost to a Nebraska team and the defending team champions from Missouri.  Texas Red finished 3-2 in their pool.

The Best Trained team also had a tough day going 0-4 while wrestling the top teams from Kansas and Pennsylvania.

Texas Red lost its first two matches to Missouri and Kansas.  In the final match a come-from-behind victory on the final weight class allowed Texas Red to secure the victory against South Dakota and take 7th place in the Platinum bracket.

Texas Blue lost all three of its Sunday matches to North Dakota, Kansas, and Florida and finished 8th in the Gold bracket.

Best Trained won its first two matches in their bracket and lost in the championship to finish 2nd in the Silver bracket.

The following Team Texas wrestlers were named All Americans for having tournament records with one or few losses – Carson Laughery (8-0), Parker Decker (6-1), George Marsh (7-1), and Darwin Hull (5-1).  Donnie Whitted 75#, and Anthony Ferrari 90# go 6-1 for Best Trained 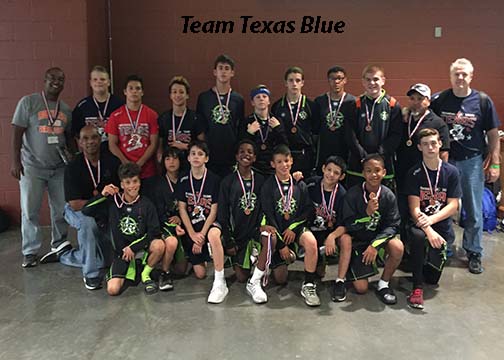 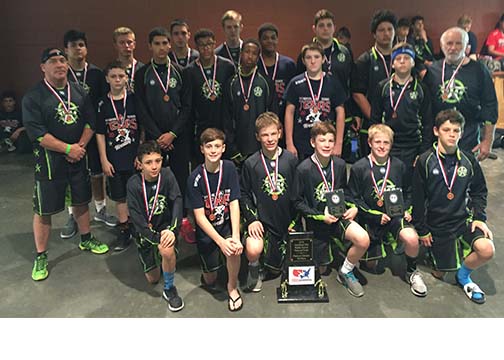