Canyon Randall State Champion and #1 ranked Christian McBroom heads to Nebraska, Doane College a NAIA Division College. This is a huge success story, Christian didnt start wrestling til his sophomore year, and in his second year he becomes a State Qualifier and State Finalist in the 5A division, this last year he takes the Championship at 170lbs.  His Senior record was 50-1, with a HS record of 127-23.  An awesome accomplishment. Congrats on your signing 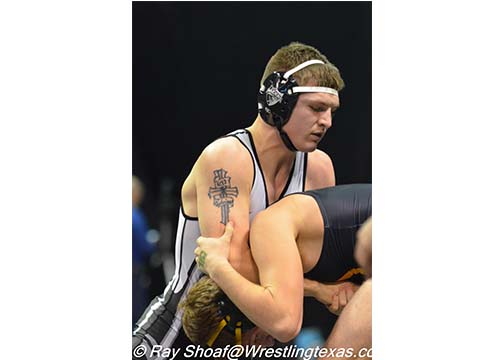 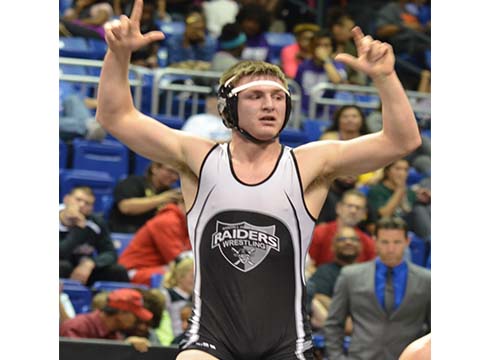 Below is a note from Doane College head Coach Matt Hansen

I am very excited about having Christian McBroom on the wrestling team next year. He has so much potential and is going to have a huge impact at Doane.  I have included a recap of the season and attached a pre-season flyer.

The 2015-16 Season saw Doane Wrestling has continue its success in just the third year of the program.   The team started off the season with an 8-0 run going into the winter break, and defeating nationally ranked teams such as Wayland Baptist (TX), Ottawa (KS), and Midland University (NE) and garnishing an 11th place ranking in the team standings before the winter break.

Doane Wrestling continued its success into second semester where we saw some of the toughest competition of the year and faced several top ranked teams.  The team battled through injuries and adversity, showing that they could compete with some of the top tier wrestling programs in the nation.  Despite some hard fought losses to ranked teams, Doane Wrestling finished with an impressive 12-6 record, managed to place 4th in the GPAC team standings, and finished out the season ranked 17th nationally.

At the NAIA National Championships Doane Wrestling displayed their true grit going 5-0 in the first round with 3 unseeded wrestlers.  Over the course of the tournament the 5 Doane wrestlers compiled a total of 15 victories, 10 of which were won by fall!  Chandler Knight entered the tournament at 197 unranked and unseeded, but would not be denied and wrestled his way to All-American honors with an 8th place finish, all of his victories coming by way of fall!  Kevin Corbett became Doane’s first 2 x All-American with his 6th place finish at 174, and Cody Linton capped off the weekend by becoming Doane’s first National Champion as he took the 197lb. title in arguably the most exciting match of the finals.  This tremendous team effort took Doane to a 6th place finish at the National Championships, the highest finish from a GPAC and NAIA North Region team.

As the head coach, I am committed to taking Doane Wrestling to even greater success.  Our goal is to build a program that is consistently producing multiple All-Americans, National Champions and competing for National Team Titles.