NFL Great Randy White was on hand to give out several awards for accomplishments to Texas Coaches, Athletes, Hall of Famers and Supporters after the exhibition matches that were put on before the Pan Am Olympic Qualifier Mens Freestyle Finals here in Frisco.  It was quite a list.

7th was Coach Todd Olson from Team Punisher, an up and coming Club

A big cast of whos who in North Texas 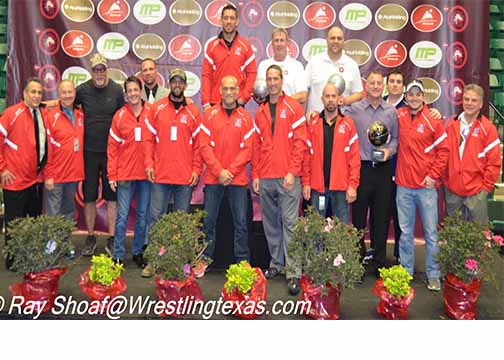 In order from left to right