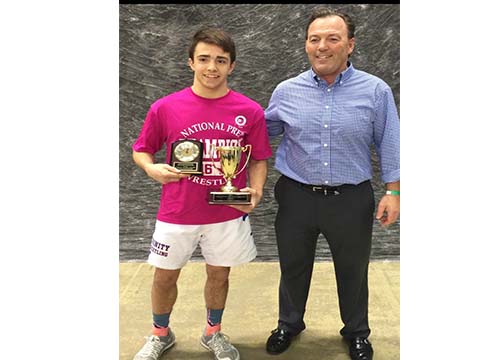 On February 26-27, the National Preps Wrestling Tournament was held in Bethlehem, PA. Various private schools from the State of Texas sent a total 41 athletes to compete at the year-end contest. The field was lead by Jack
Mueller, TCA Sr., who won 126 lb division. This was the fourth consecutive National Preps title for Jack over 4 different weight classes and also winning Outstanding Wrestler for the Tournament,  Also earning All American status were Noah Chan of Kinkaid, who finished 3rd at 145 and Noah Miller of TCA, who finished 6th at 106. Congrats to each of them!