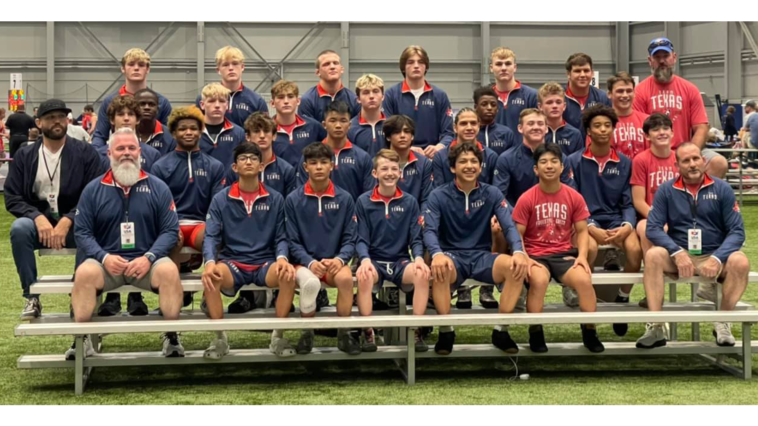 16U National Duals Freestyle wrapped today and again Texas had 2 teams competing like in Greco Roman with the line up changed up a bit. Like Greco Roman both teams will give up points with forfeits.

Team Texas is the loaded team only giving up 3 forfeits and Texas Blue will be giving up 7 forfeits.

Team Texas was in Pool B and faced-off against California in their first dual in a 10-team bracket and gave California a run for their money and scored more points against them then any other team in the pool, but it wasn’t enough as Team Texas went to the consolation side to face Oklahoma Red whom they barely lost to as well 38-32. Since it was a 10-team bracket this put Texas in the last Pool, the Purple/Gray Pool. From there Team Texas went 4-1 to place 2nd in the Pool making them 34th out of 38 teams entered.

Texas Blue in Pool D faced off against Team Alabama in their first dual in a 8 team bracket and since they was giving up almost 35 points per dual they wasn’t expected to win any team duals in the pool but being in a smaller 8 team bracket losing 2 duals they actually got a 3rd dual for 7th placed which they lost but it put them into the Green/Yellow Pool, one Pool better then Team Texas where they went 1-3 placing 7th in their pool giving them a total place of 31st out of the 38 teams.