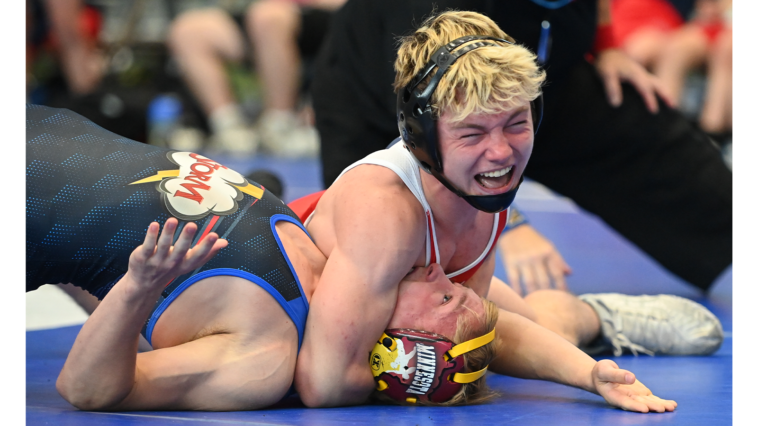 Photo of Jack McDonald by Farrah Sheeren of Phlox Photography

The 16U Greco Roman Texas National teams finished up with the Red Team finishing up 18th and the Blue Team finishing up 28th out of 30 team competing. Not to make excuses but its hard to compete when you give up forfeits at multiple weights. The Red Team was giving up 15 points each dual and the Blue Team was giving up 35 points per dual. Over all most of the kids had winning records on the 2 day event with Jared Remington and Alexander Ebert only having one loss on the Blue Team and Kody Tanimoto, Kyle Lew, Bronson Baxter, Isaac Sheeren, Karson Tompkins, and Aiden Cooley only giving up 1 loss on the Red Team.

Freestyle will kick off this morning and run through Saturday.

Below is the individual win/loss excluding forfeits and team scores.