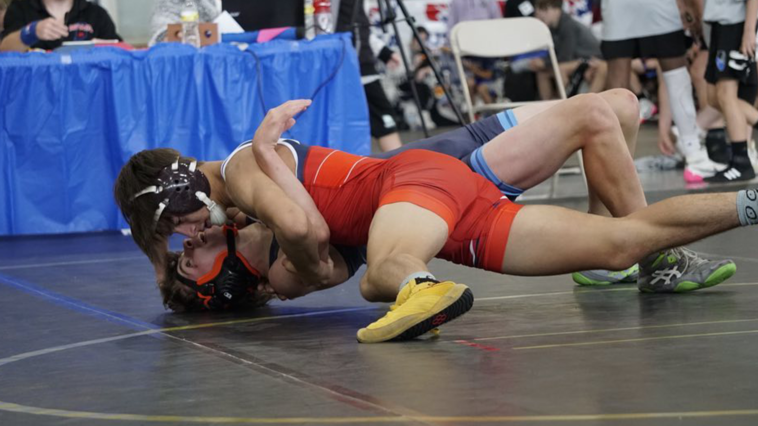 14U National Team Duals Freestyle Texas Team Roster is basically the same team as the Greco Roman Team.  Texas was in Pool B and had a bye the first round and faced Utah in their first dual.  They didn’t get by Utah and had Oklahoma Blue next which they got by to face Wisconsin.  Wisconsin got by Texas fairly easy score wise which put Texas up against Utah again for 5th place in the pool.  Utah beats Texas again and Texas takes 6th place in the pool.  This put Texas in the Red/Blue Bracket where they faced Minnesota Thunder and got the win to advance.  In the semifinals they had Georgia and barely missed getting by them which put them into the consolation semifinals against Team Virginia.  Texas beats Virginia to meet Minnesota Thunder again which they beat again for 3rd place in the Red/Blue Bracket which gave Texas a 19th place finish out of 38 team total.